BBNaija’s Bambam cries out after police officers harassed her brother, accused him of robbery

The reality star disclosed the police officers accused her brother of being an armed robber and even threatened to shoot him.

This is coming in a year that has witnessed growing tension over the extra-judicial killings of innocent citizens by security officers.

My brother earlier today got harrassed and slapped by the @PoliceNG along the Lagos-Ibadan expressway. After being accused for being an armed robber. #wtf  he was with my driver and his friend heading to IITA in ibadan! They even threatend to shoot! This must freakn stop!” she tweeted. 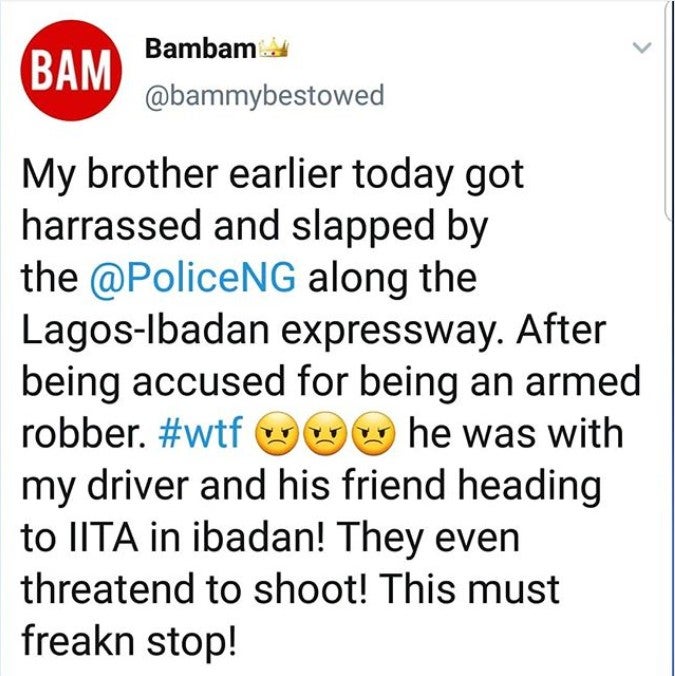