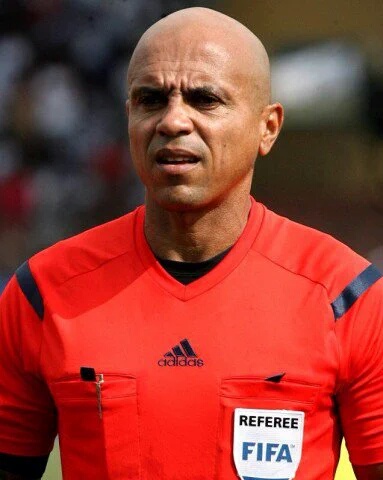 The Confederation of African Football (CAF) on Friday named Seychellois Bernard Camille as the centre referee for Nigeria’s Super Eagles Africa Cup of Nations Group B encounter against Burundi.

The game will take place at the Alexandria Stadium, Alexandria. The kick-off is 6pm Nigerian time.

Camille, 43, became an international referee in 2011 and has attended every CAF senior competition since 2013.

He will be assisted by Berne Tesfagiorgis O’Michael from Eritrea and Mohammed Ibrahim from Sudan with Mauritius’ Ahmad Heeralall serving as the fourth official.

The last time Camille officiated a game involving a Nigerian side was in April 2018 when Akwa United defeated Sudanese side Al Hilal 3-1 at the Nest of Champions in Uyo. The Nigerians bowed out of the two-legged CAF Confederation Cup tie on away goals.

Camille’s only game in charge of Nigeria’s Super Eagles previously was at the African Nations Championship in South Africa in 2014. The Seychellois was at the centre when Nigeria’s home based side came from 3-0 down to beat Morocco 4-3 in a thrilling quarter final contest.

Abdullahi Shehu, presently in Egypt with the Super Eagles was a member of that 2014 team.