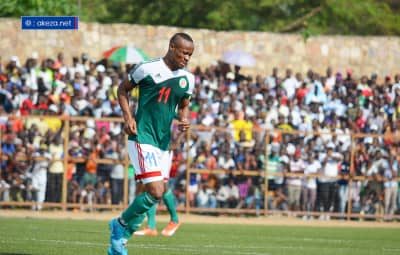 Burundi forward Selemani Yamini Ndikumana has been sent home by the Swallows’ officials hours to the side’s 2019 Africa Cup of Nations first Group B fixture against the Super Eagles of Nigeria, reports Completesports.com.

According to the technical staff, the 32 years old striker was sent home because he “broke camp rules with gross indiscipline”.

After decades of trying and failing, Burundi finally qualified for the Total Africa Cup of Nations – Egypt 2019.

The East Africans qualified for the first time in their history having finished second in Group C behind Mali and ahead of Gabon who came third with eight points, two behind the Swallows.

Coming off in a year that their country experienced political strife, Burundi united a whole nation with joy and celebrations when they pulled off a point at home against the Pierre-Emerick Aubameyang led Gabon to seal their place in Egypt.

Most impressive in their qualification is that they did not lose a match in Group C. They picked home and away victories against South Sudan and played out draws against the group’s most experienced teams, Mali and Gabon.

The team will be counting on the experience of Sadio Berahino and Fiston Abdoul-Razak in Egypt.