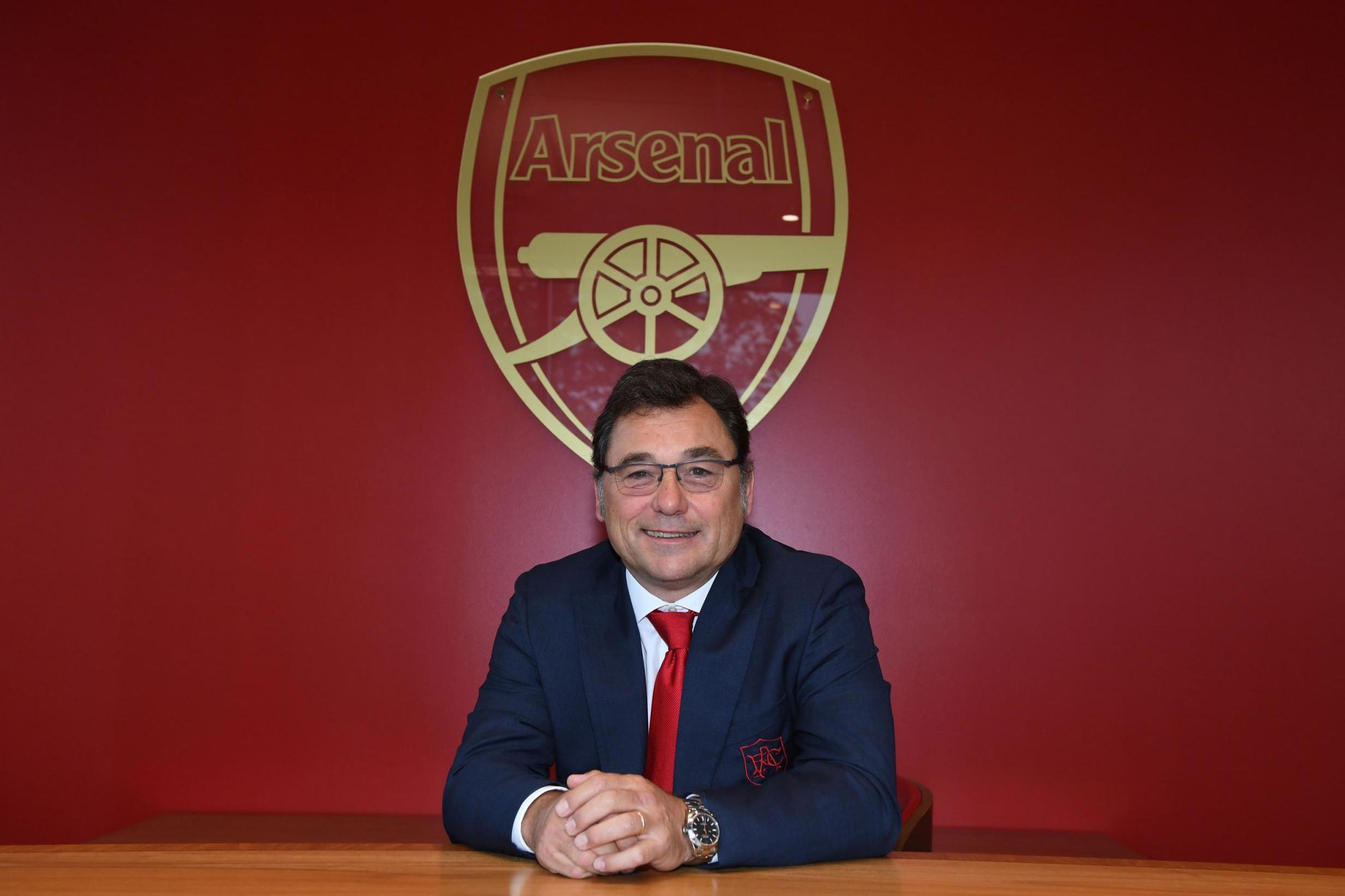 Arsenal chief, Vinai Venkatesham, has defended the club’s owners, Josh and Stan Kroenke, amid reports that they were abandoning the club.

There are reports that the American billionaire family, who also owns an American Football team; an NBA team; an NHL team; an MLS team and a lacrosse team, are focusing more on their other businesses than the north London side.

But Venkatesham said they know sport and they are really passionate about Arsenal.

Arsenal boss, Unai Emery looks to add major signings to boost his team to challenge for major honours once again.

The Gunners, who last won the Premier League back in 2004, have again missed out on a top-four finish for the third successive season.

Dangote reveals the ‘right time’ he will acquire Arsenal…

It is believed that Arsenal will only have around £45million to spend this summer.

However, Venkatesham backed the mega-rich owners, explaining how much involvement he actually has in running the club.

“It’s a good question. Listen, Stan and Josh Kroenke are in sport because they’re passionate about sport and because they want to win,” Venkatesham said in an interview on Arsenal official website.

“That comes from our owners.

“They’re hugely ambitious around where they want to take this football club and they remind us of that all the time. They’re massively involved.

“Between Raul and I, we probably speak to the owners pretty much every day and we have detailed, in-person meetings with them I’d say pretty much every month, whether we alternate between doing them in London or the States.

“They’re hugely involved in what we do, they are hugely knowledgeable about sport.

“It’s well-known that they have an American Football team, an NBA team, an NHL team, an MLS team and a lacrosse team, so they know sport and they’re really, really passionate about Arsenal.

“They’re really passionate about how we can move the club forward, but they’re also realistic.

“They know we’re not going to go from where we are at the moment to delivering our ambition overnight, and they know that there’s going to be a whole load of work along the way to get there.

“Going back to the earlier question around ownership, all of these initiatives and ideas about how we move the club forward are completely supported by Stan and Josh and their direction is quite simple: every single penny that we generate as a football club is available for us to invest against achieving that ambition, and that is the maximum that we can ask from our owners because that is the maximum allowed through the financial fair play rule,” added the managing director.

“We are feeling really confident about our ability to get there, it’s not going to be easy and there will be plenty of up and downs along the way, but trust me, Raul and I feel those ups and downs as much as anyone but really believe in the direction that we are heading.”