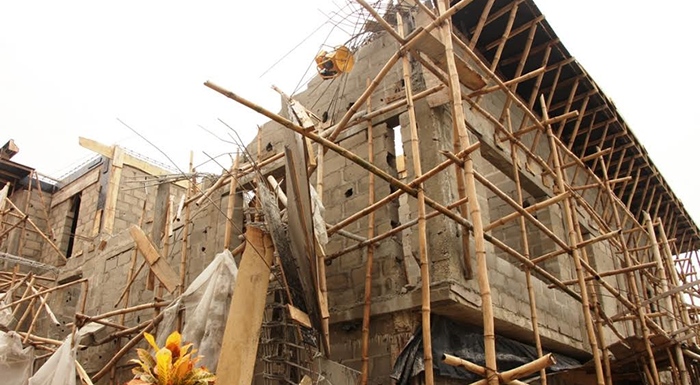 Breaking: Four killed, others trapped as building collapses in Delta

Newsmen gathered that scores of persons were also trapped inside the collapsed building.

Abraka is where Delta State University is located.

Although Newsmen could not ascertain the causes of the collapse, it was learnt that the building caved in during a downpour on Saturday morning.

Sources told our correspondent that the victims were in the building waiting for the rain to subside to begin work when a section of the building started falling.

A few persons who were working on the building escaped but four persons were confirmed dead by our sources.