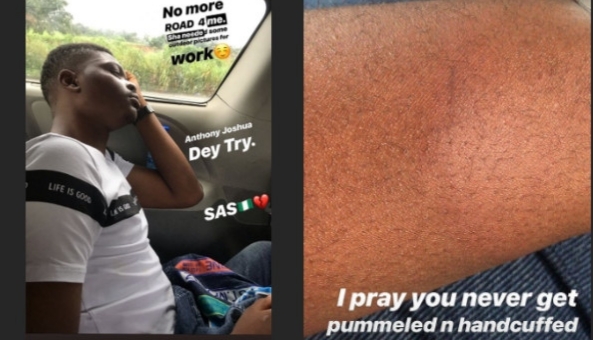 Photoshop Guru, Ayo The Creator assaulted by SARS officers for having many photos on phone

Nigeria’s unceremonial king of Photoshop, Ayo The Creator was detained by SARS officers while travelling to Lagos with his brother.

According to Instagram celebrity, he was assaulted and handcuffed by the police officers who didn’t understand why he had so many photos in his phone.

His sad ordeal however took a different twist after he started shouting he was not a ‘yahoo boy’ (internet fraudster).

Ayo said he got released after he explained how Instagram and memes work. 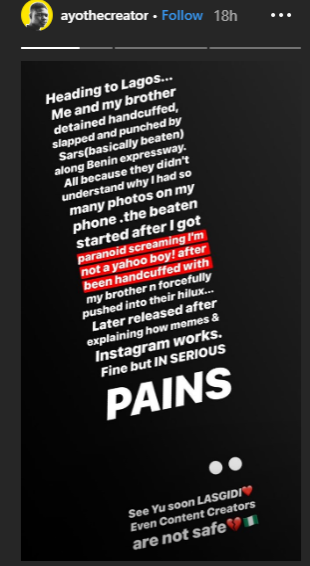 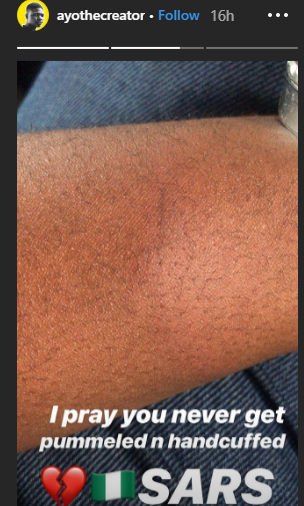 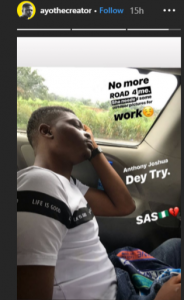 In other news, human rights lawyer, Olukoya Ogungbeje has dragged the federal government before the Federal High Court over the clampdown on ‘Revolution Now’ protesters, who claimed to be demanding better governance in Nigeria.

Fireboy DML Reveals Reason Why He Wrote The Song Jealous