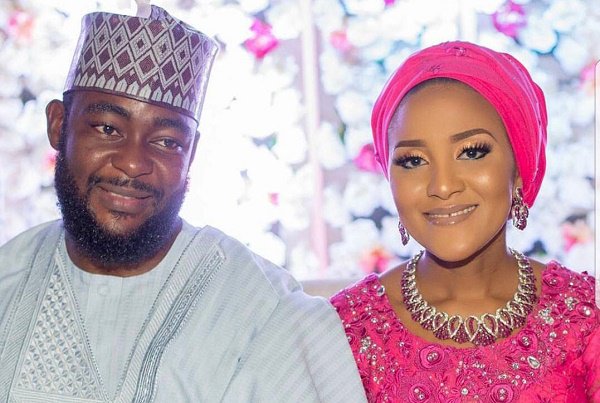 Dangote has departed the country for the United States, where Fatima put to bed over the weekend.

The good news comes more than a year after the lovebirds tied the knot in a massively attended wedding ceremony.

Fatima and Jamil who is the first son of former Inspector General of Police Mohammed Abubakar, got married in a society wedding which took place in March 2018.

Mean while, Dangote’s son-in-law, Jamil allegedly impregnated a side chic identified as Chiamaka Nwachukwu in 2017. There was a lot of drama and threat that ensued over the paternity of the baby.

At a point  Chiamaka was forced to raise alarm and she was quoted saying “if anything happens to me or the baby, Jamil is responsible”

Dangote cement reportedly fires over 3000 staff without prior notice