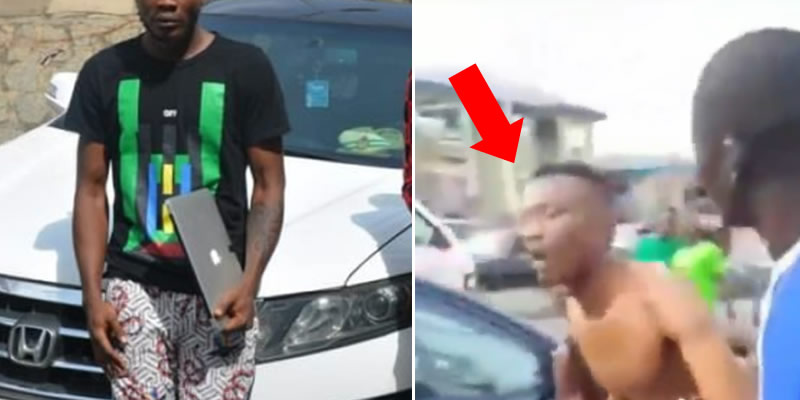 Strange but true!!! A suspected fetish internet fraudster aka Yahoo Plus boy reportedly ran mad after refusing to use his mother for money ritual.

According to reports,  the sad and mysterious incident happened in Sapele Delta State, where the young lad was seen displaying a lunatic display by a busy roadside.

A source who sought for anonymity at the scene claims the utterances from the young man discerned is that of a ‘yahoo boy’ and he has refused to sacrifice his mother for pledge while describing the incident as ‘time of nemesis’.

And refusing to sacrifice his mother for the process