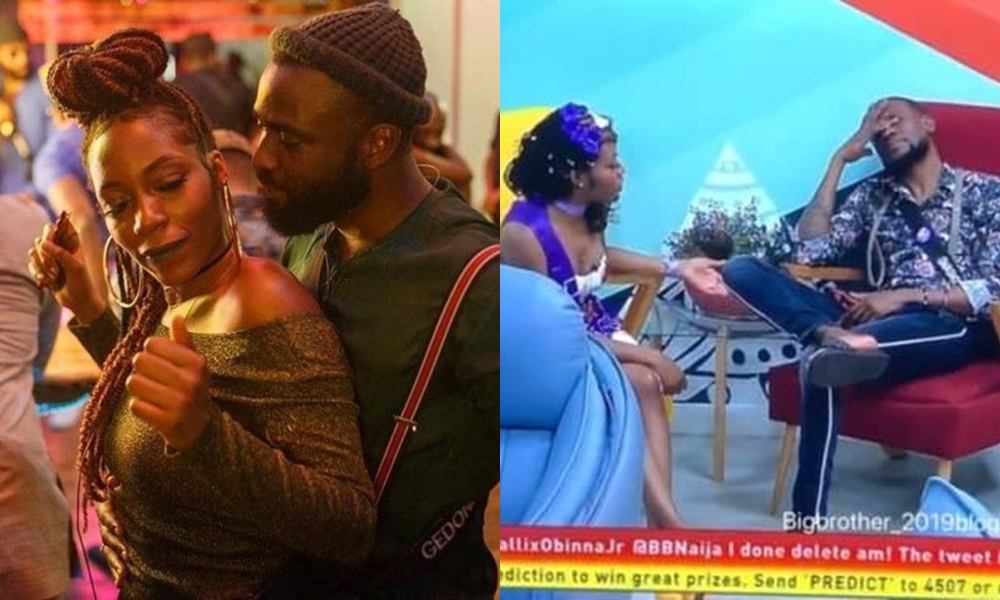 BBNaija 2019: ‘I Will Be Happy On Seeing Gedoni With A Ring Asking Me To Marry Him’, Khafi

The relationship between Khafi and Gedoni was the most controversial of this year’s BBNaija show as they were accused of having sex repeatedly in the house, something Gedoni has denied ever happening.

Khafi who has been sharing her bed with Gedoni and always called him her man broke down in tears after he was evicted from the house, it took other housemates to comfort her.

In a recent interview, Gedoni was asked to guess the number of followers he currently has and if he gets it wrong he would have to send a message to Khafi, telling her all the things he wished he could have said while they were in the house. He guessed wrong and he had to send a love message to her.

Gedoni said, Khaf this is from my heart, alot of things i probably should have said or done that i didn’t do and i’m really sorry, i didn’t stand up for you when i should have and from the bottom of my heart, I love you Khafi.