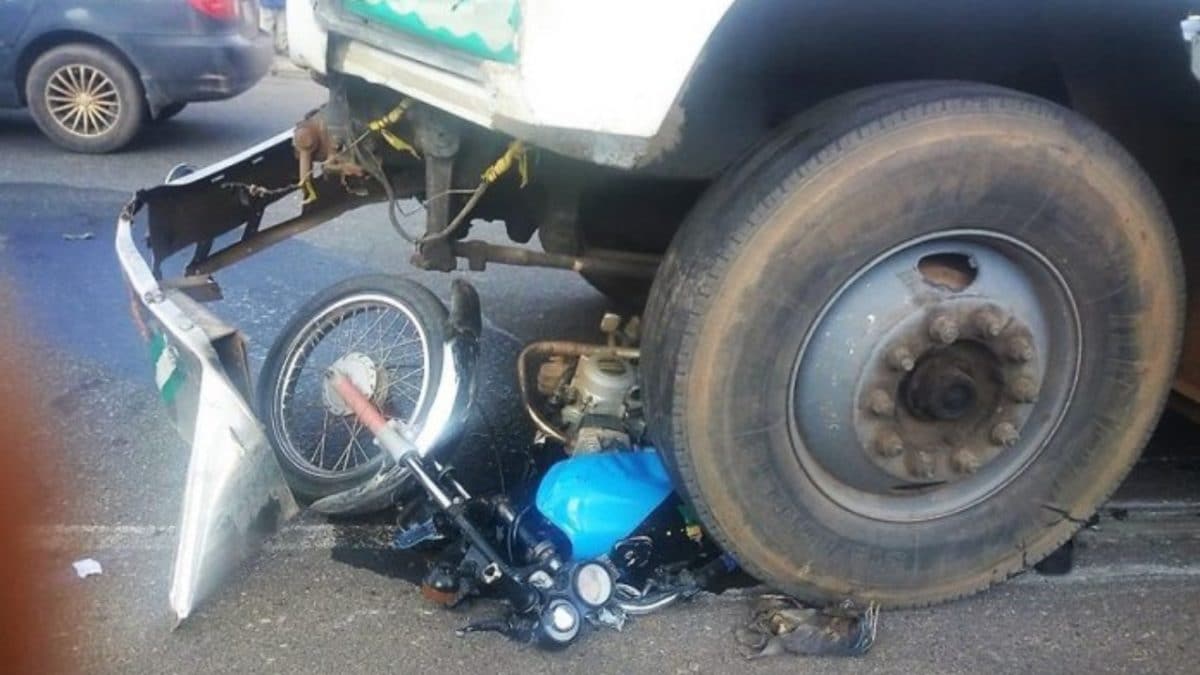 No fewer than nine people on Monday narrowly escaped death when a fuel-laden trailer crushed a motorcycle and a micra car in Ibadan, the Oyo State capital.

The incident occurred along the popular University of Ibadan- Ojoo express Road.

Withinnigeria reports that the incident occurred few meters to the International Conference Centre located within the premises of University of Ibadan, venue of a security summit, themed “South West Security Summit”, convened by the Inspector General of Police, Mr. Mohammed Adamu.

It was gathered that the motorcyclist and his two passengers sustained minor injuries.

It was learnt that five passengers and driver of the Toyota Micra taxi also sustained minor injuries.

The incident lead to delay in the traffic on the road for some hours.

“You practically are my Life”, Tonto Dikeh gushes over son…

It, however, took the intervention of FRSC officials and the police to arrest the situation.

The driver of the trailer while reacting, insisted that he was suddenly stopped while on motion by a police officer who was trying to stop vehicles to ease traffic around that area.

” I was stopped while on motion, while I was trying to balance the micra driver had already taken a wrong side and as I was trying to avoid the car, the Okada man was already on the other side.”

Drama as ‘Wizard’ stranded, trapped inside a car in Benin City claims…