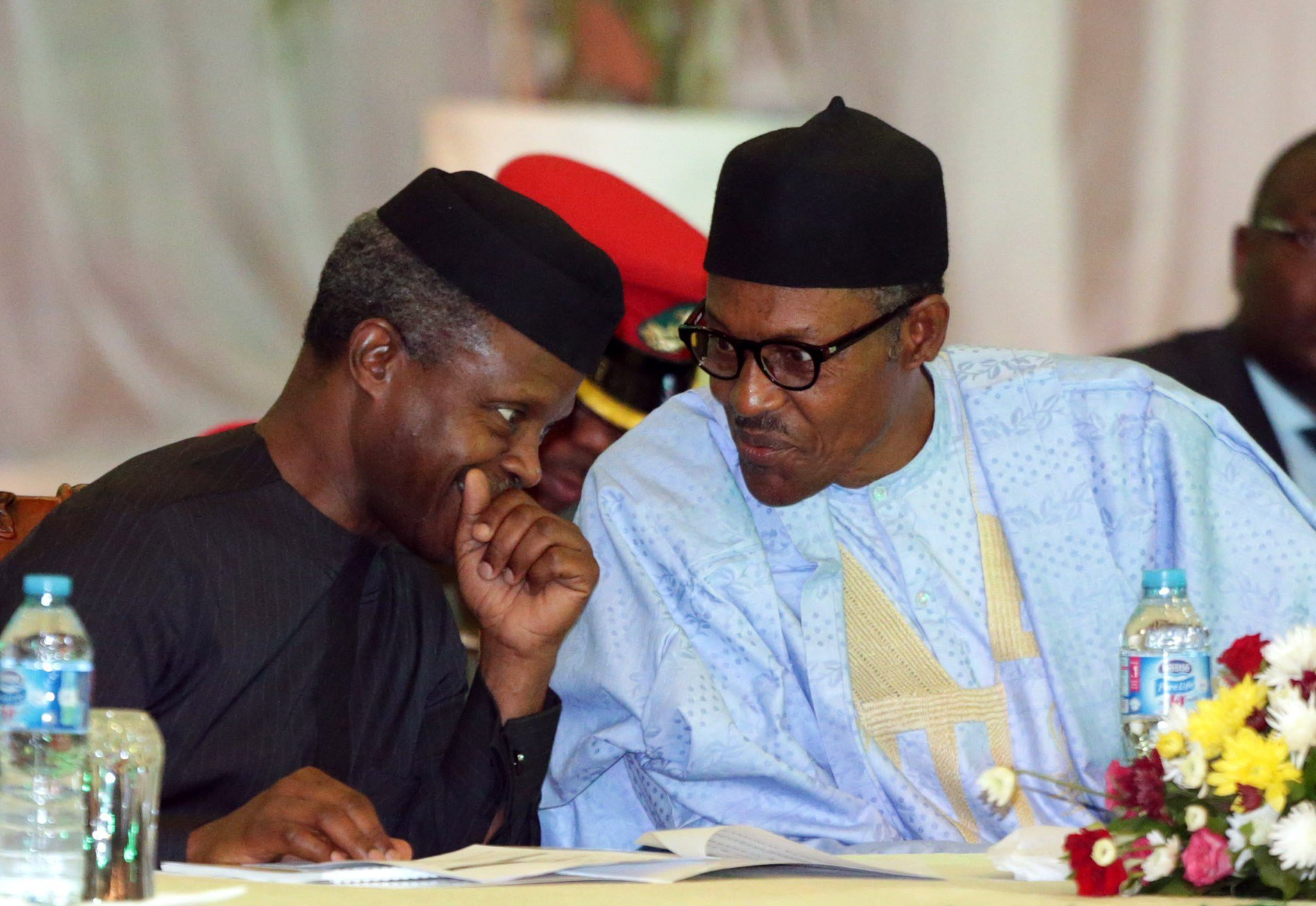 Governors under the umbrella of the All Progressives Congress (APC) and Progressive Governors Forum have treated flying media reports that there is a cold war and disagreements between President Buhari and Vice-President Yemi Osinbajo as false and untrue.

The reports of a feud between President Buhari and Vice-President Osinbajo have been described as “mere rumour and another scheme of opposition mischief makers”.

While addressing audience during the inauguration of the Progressive Governors Forum (PGF) Steering Committee on Media and Communications yesterday, September 26th, Lagos state governor, Babajide Sanwo-Olu, who is also the chairman of the committee, said the alleged face-off in the Presidency was just ‘gossip’.

Represented by his deputy at the event, Obafemi Hamzat, Sanwo-Olu explained that there is no crack in this administration.

“There is no crack. It is in the realm of gossips. By the time they said that, the Vice Presieent went to Zimbabwe to represent this country. It was the prerogative of the president but he nominated him.  Like I said earlier, it is in the realm of gossips because only on Wednesday, the Vice President presided over the Federal Executive Committee (FEC) meeting which is the highest decision making body in the country. So, we don’t listen to rumours. We deal with facts and the fact is that they are working together. So, it is all rumour  and don’t take it that serious,” he said

How I Wish I Could Disappear With My Kid And Never Come Back, Davido’s 2nd Baby Mama Shares Disturbing Post