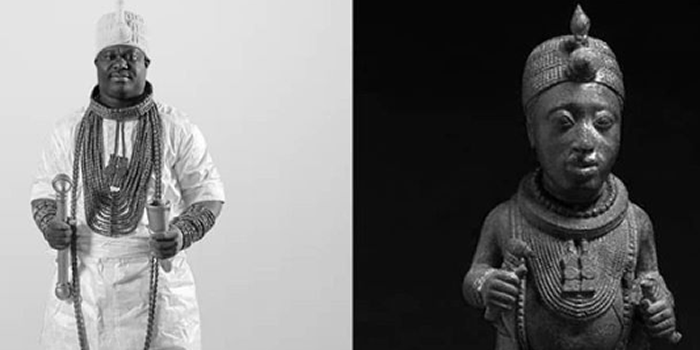 The highly revered tradition ruler shared a photo collage in which he was spotted recreating the pose of a deity that had also been captured on camera.

Oba Ogunwusi in his caption explained that the deity in the image he shared was the 4th Ooni of Ife, identified as Obalufon Ogbododirin.

According to him, the Yoruba king ruled for an astounding period of 500 years. He explained further that after the king completed his reign for some centuries, he was transformed into a deity.

Sharing the post, he said: “Obalufon Ogbogbodirin, the 4th Ooni of Ife, lived for over 500 years. After reigning for centuries, he was transformed into a deity” 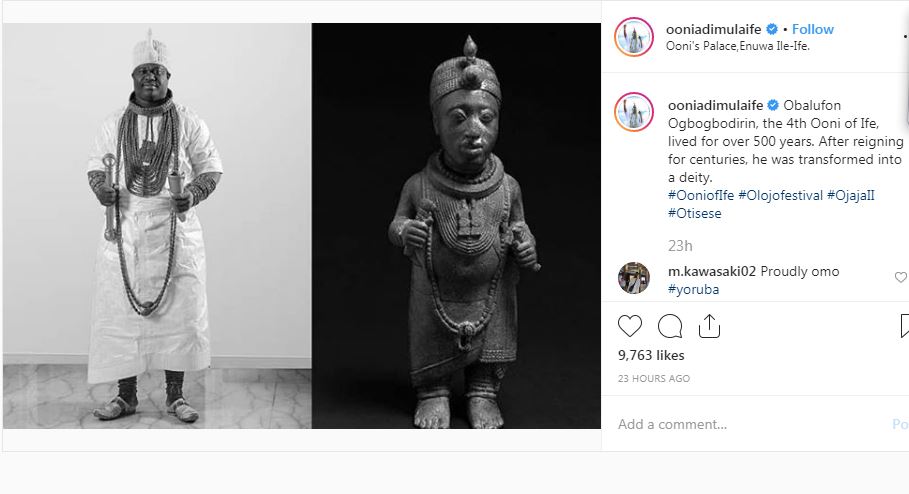 Some of his followers were spotted in the comment section rendering praises and salutations on the king for revisiting his history.

jackiethagreat: “I’m forever proud to be a Yoruba boy”

iam_aladey: “May you live long kabiyesi”

awayne1191: “Benin kingdom of the greatest of all time and Yoruba inherited they’re culture from great Benin kingdom. I love both kingdom, full of great history. Long live the King ooni of ife”

iamsheyishy_4_pps: “May you reign for”May you live long 500 years like your fore fathers Obulufon in perfect health to transform the World into a better place for all the descendant of Oduduwa. Otises”

queenolajumoke1: “Kabiesiiii ooooooo. May you live long 500years like your fore fathers Obulufon in perfect health to transform the World into a better place for all the descendant of Oduduwa. Otises”