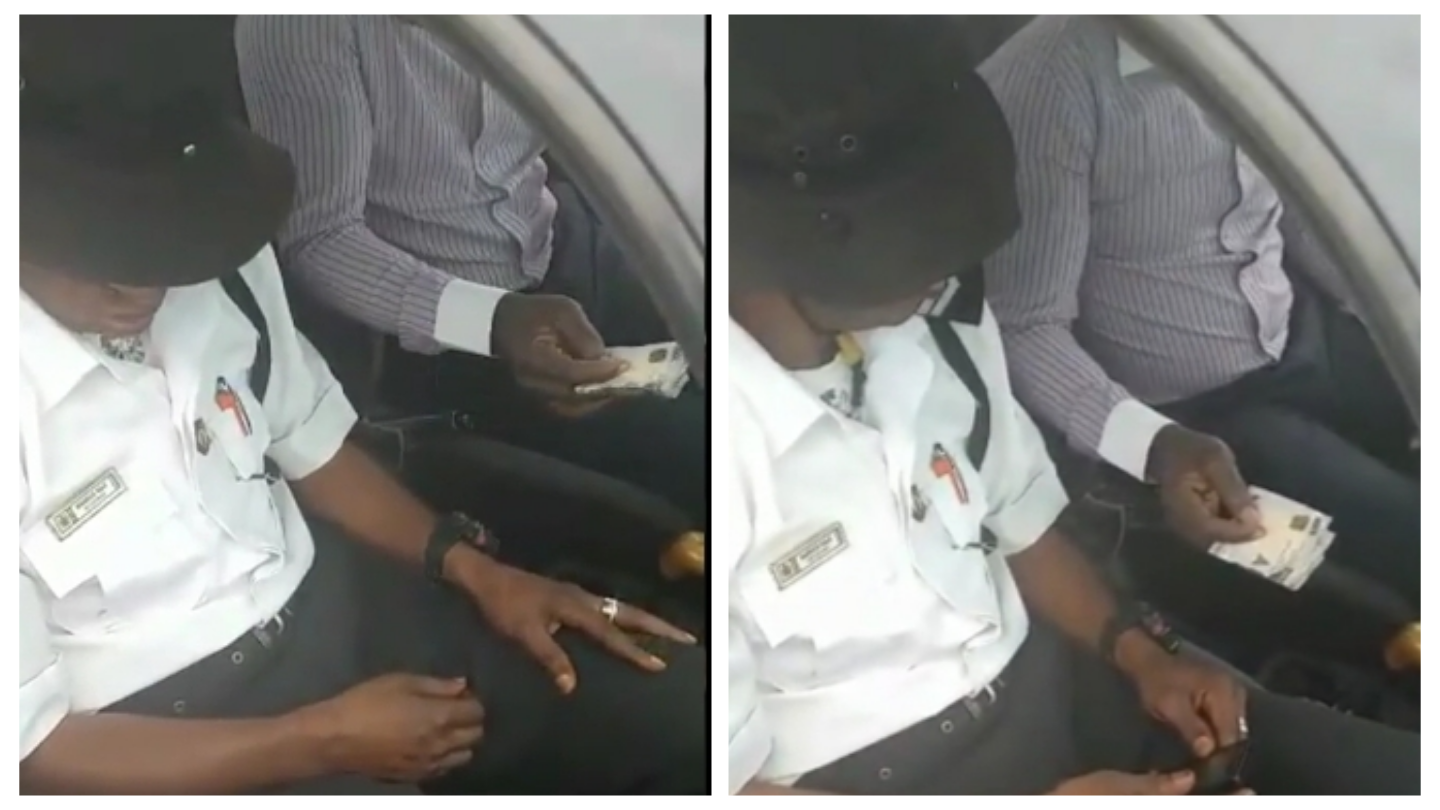 Barely 24 hours after video of a fight between police officers and Vehicle Inspection Officers over vehicle inspection right had gone viral, another video of a vehicle information officer collecting bribes in Jos emerges.

The incident occured at British road, Jos, the capital of Plateau state.

Inside the video, the Vehicle Inspection Officer is seen making calls to a superior officer, asking the amount of money he should collect from the driver as bribe.

Both the driver and the Vehicle Inspection Officer could be seen conversing in the video as the driver hands over little amount of money to the Vehicle officers which was rejected by him but he later collected the sum of #3000 as bribe from the driver.

A source who prefers to be anonymous told WITHIN NIGERIA that collecting bribe along British road in Jos, the capital of Plateau has become a tradition.