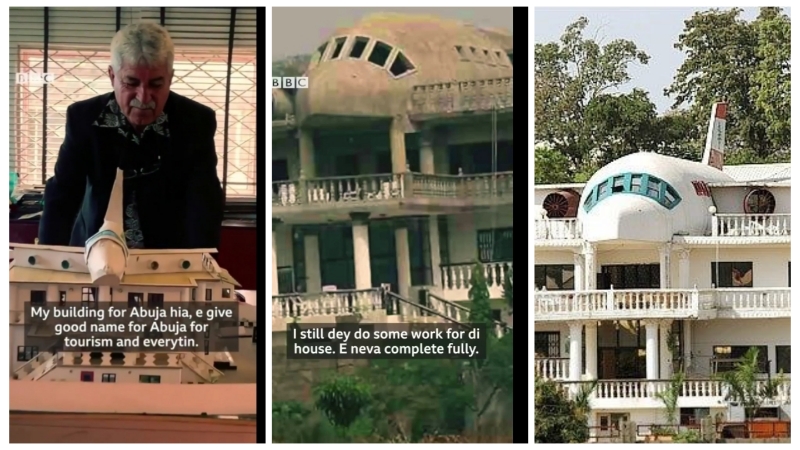 VIDEO: Why I built “Aeroplane House in Abuja” – Said Jammal

Many people have wondered about the beautiful edifice “Popular Aeroplane House” especially the reason behind its construction and beautification in a different way from the buildings we have used too.

The owner of the popular Aeroplane House in Abuja, Said Jammal has taken his time to explain why he built the unique residential apartment for his family which possibly has answered many questions on the lips of every average Nigerian or passbyers.

The father of six said he built the Aeroplane house because his wife travels a lot. He further disclosed that he felt the building he started off in 1999 will give his wife the feeling of being in an aeroplane at all times.

Said’s son, Mohammed told BBC Pidgin that his father began building the house in 1999, when he (Said) was 12 and they helped out in their own little way. He further disclosed that building is a legacy his father will leave behind.

Watch The Video Below: