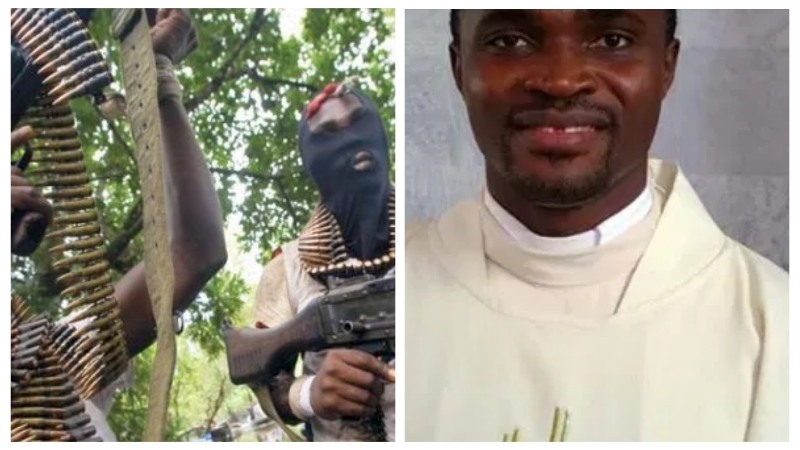 A massive organised search has been launched for the abductors of a Catholic Priest, Rev. Fr. Theophilus Ndulue as announced by the Enugu State Police Command.

In a statement released by the Police Public Relations Officer in the state, SP Ebere Amaraizu, it disclosed that Ndulue was abducted by unidentified gunmen on his way home along Amansiodo Road in Ndiagu-Oghe in Ezeagu Local Government Area on Friday evening while returning from a pastoral council meeting.

Amaraizu while confirming the incident, described the abduction as unfortunate. He, however, said that police would leave no stone unturned to secure release the catholic priest unhurt.

“We have launched a massive trail for the rescue and release of the priest from his abductors as soon as possible. I assure the good people of Enugu and the Catholic family that we will get at them and bring them to book.

“However, we are circumspect on the operation in order to ensure that the Catholic priest is released unhurt,’’ he assured.

Amaraizu said that Ndulue, who was the Parish Priest of St. Patrick’s Catholic Church, Ihuonyia, Amansiodo, was initially kidnapped alongside the Chair lady, Catholic Women Organisation in his parish, Mrs Stella Nwodo. He said that Nwodo was later released by the abductors.