The suspected robbers were said to have stormed the centre yesterday evening, in a Lexus Jeep as clients waited to deposit money but met their waterloo after a cry for help by the POS attendant.

They attempted to rob customers trying to deposit their money but the POS attendant raised alarm and the men were caught by passersby, beaten, butchered and burnt by the irate mob that gathered. Their get-away car was also burnt.

The police in the state have condemned the mob action leading to the deaths of the two suspects.

Commissioner of Police in the state, Uche Anozia, has ordered an investigation and said that those responsible for the act will be arrested and prosecuted.

See more photos from the scene below: 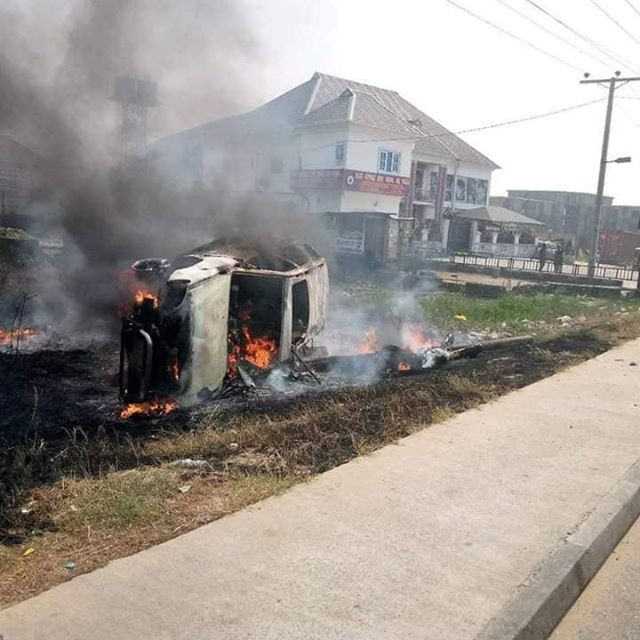 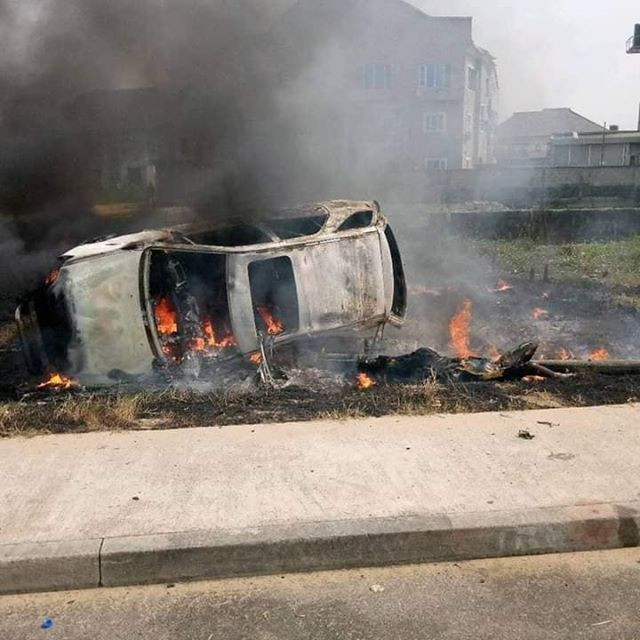 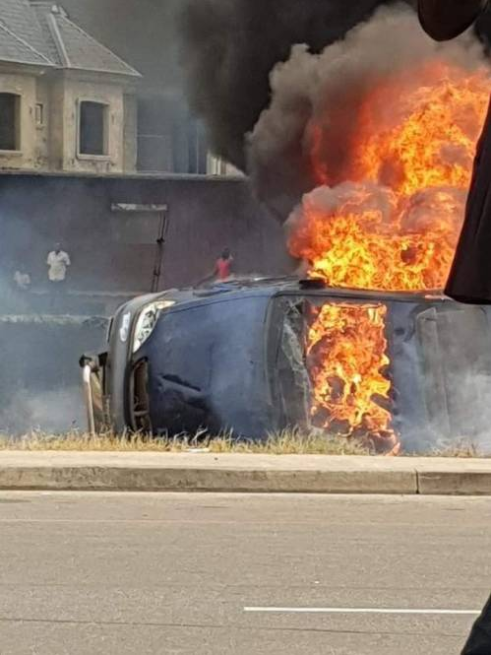 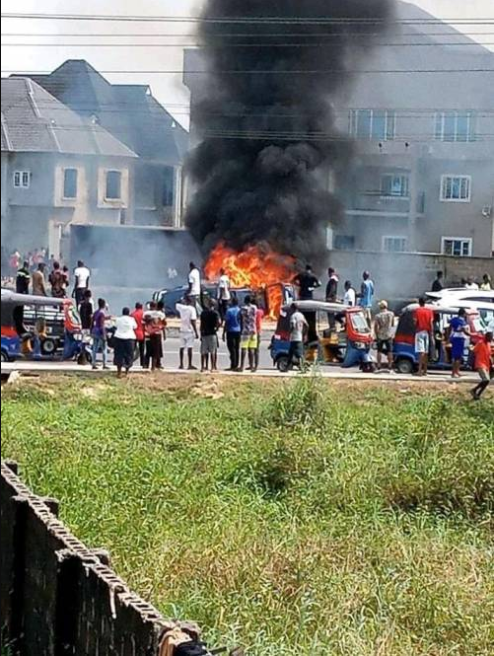