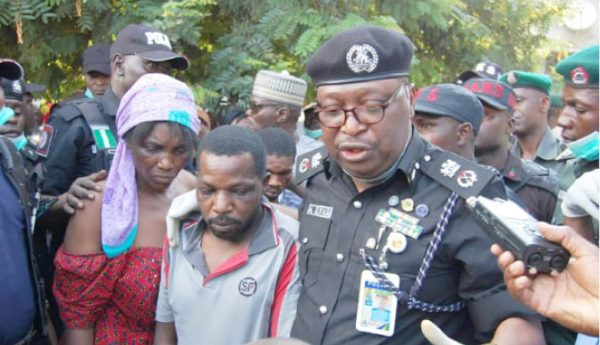 Operatives of Department of State Services have rearrested a female kidnapper linked to the abduction of several kids in Kano who she reportedly trafficked to Anambra state after she escaped from custody.

The female kidnapper identified as Mercy Paul was rearrested by operatives of the DSS after she escaped from a hospital she was taken to for treatment.

Recall that Mercy Paul fell sick at Kano Kurmawa Correctional Centre where she was remanded as she awaits trial.

Reacting to the development, the Comptroller of the Kano Correctional Centre, Ahmad Abdullahi Magaji confirmed the incident.

Magaji said he was told that the suspect was bleeding and asked to use the toilet before escaping from the custody of the officers who took her to Murtala Muhammad hospital for treatment. He further disclosed that Mercy was rearrested at her hideout in the state on February 17.

“Immediately after realising such unfortunate incident, we organised a stop and search by condoning all the entrances of Kano in collaboration with the DSS.

”If somebody escaped from our custody, they would be investigated and if it is negligence on the part of our officers, it is outright dismissal. If it is negligence, gross misconduct, aiding and abetting, conspiracy, they will not only be dismissed but also face the wrath of the law”.