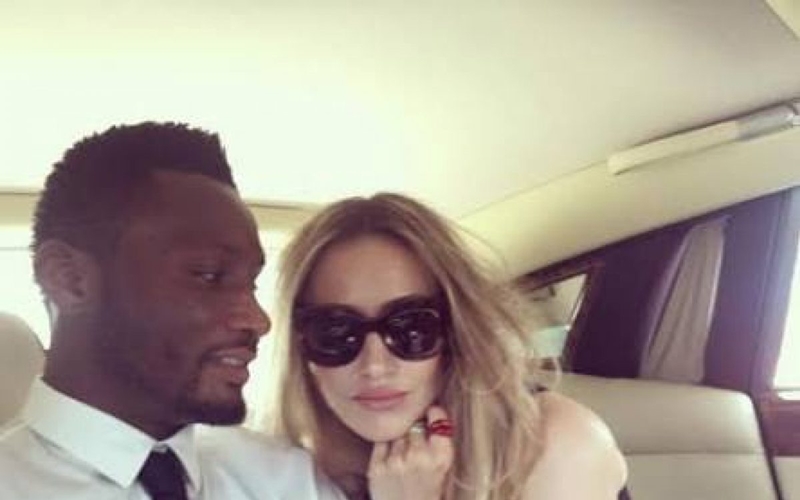 Coronavirus: Mikel Obi’s partner fires back at man who dragged him for terminating contract with Turkish Club

Hours after, a social media user called Super Eagles’, Mikel Obi a “pussy” for terminating his contract with Trabzonspor FC, his partner, Olga Allegra has fired back at the troll.

Recall that Mikel John Obi terminated his contract with the club hours ago, even though he still had a year on his contract. It was gathered that he gave up all his remaining wages in order to end his time at the club less than a year after joining.

Though no reason was given on why the Nigerian footballer called off the contract with the Turkish club, however his Instagram post earlier this week gave an insight on why the decision was taken.

“There is more to life than football. I do not feel comfortable and don’t want to play football in this situation. Everyone should be home with their families and loved ones in this critical time. Season should be cancelled as the world is facing such turbulent times.”

Reacting to the troll comment that came after her man called off his contract, Olga insinuated that the social media user who is seemingly a Trabzonspor fan called her man a “pussy” over the development. Mikel Obi’s girlfriend who insisted that her family comes first, slammed the troll she described as “vile”.

Thank you Trabzonspor fans that understand and for those who don’t, I’m sorry, but family first no matter what

Man arrested for digging up Kobe Bryant and Gigi’s grave