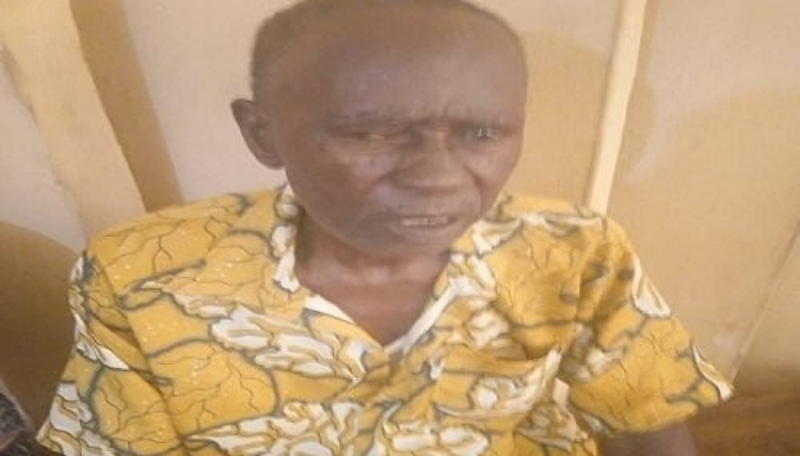 A 75-year-old man identified as Raphael Mbanyereude aka Papa Okoye has been arrested by the Anambra State Police Command for allegedly defiling two sisters within age brackets (2-4) in Okija, Ihiala Local Government area of Anambra state.

This was contained in a statement released on Friday, March 20th by the Police Public Relations in the state, Haruna Mohammed.

Mohammed said the aged man was arrested following a report by the mother.

He said the Commissioner of Police, John Abang has ordered for immediate transfer of the case to the State CID for discreet investigation.

“On the 17/3/2020 at about 11:am, following a formal complaint, Police operatives attached to Okija Division arrested one Raphael Mbanyereude alias (Papa Okoye)’m’ aged 75years  of Okija in Ihiala Local Government Area of Anambra State. Suspect allegedly had unlawful carnal knowledge with two minors all females, aged 2 and four years(Children of same parent) respectively.

The dastardly act was discovered by the Children’s mother when she saw her children crying and holding their private parts. She then became curious and checked only to discover water coming out and their private parts became reddish as well.

Meanwhile, victims were taken to the hospital for medical examination where laceration of their hymen was confirmed.Suspect has voluntary confessed to the crime. The CP enjoins parents to strictly monitor their children in order to avert similar ugly incidents.” the statement read