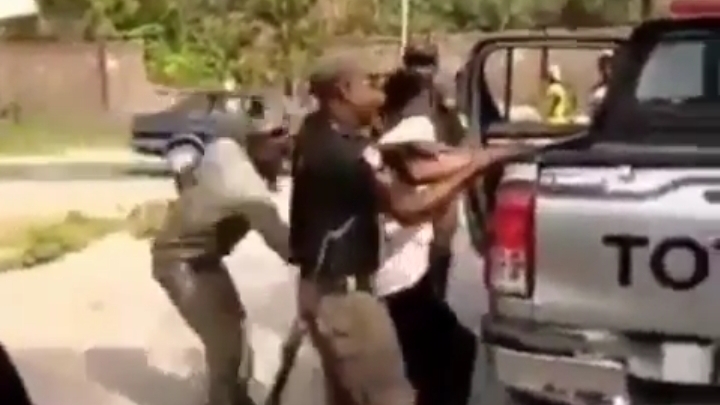 Man cries out for justice, shares video of police brutality in delta state

Narrating the sad incident via an Instagram handle, @iamnickben disclosed that the brutal act happened when police stopped the okada his brother boarded as he was taking the things he bought for their mother to her in Jesse-Town neighbouring village to Sapele, Delta State.

@iamnickben further revealed that his brother submitted the bag for search and they found no exhibits.

Inside the video that was shared on his Instagram page, a policeman can be seen hiting the baton on the legs of a yet-to-be identified man while the other police officer held him very tight.

“One of the police man who was drunk, asked him to enter their van and he resisted that he hasn’t done anything wrong, he then started to torture him with a heavy wood. After a long torture, people around came and intervened before he was freed, my brother is in pains from the torture. Unknown to my brother someone already videotaped the scene tagged a Sapele base blog and it went viral around Sapele. Police brutality must end in Nigeria, we need justice”.