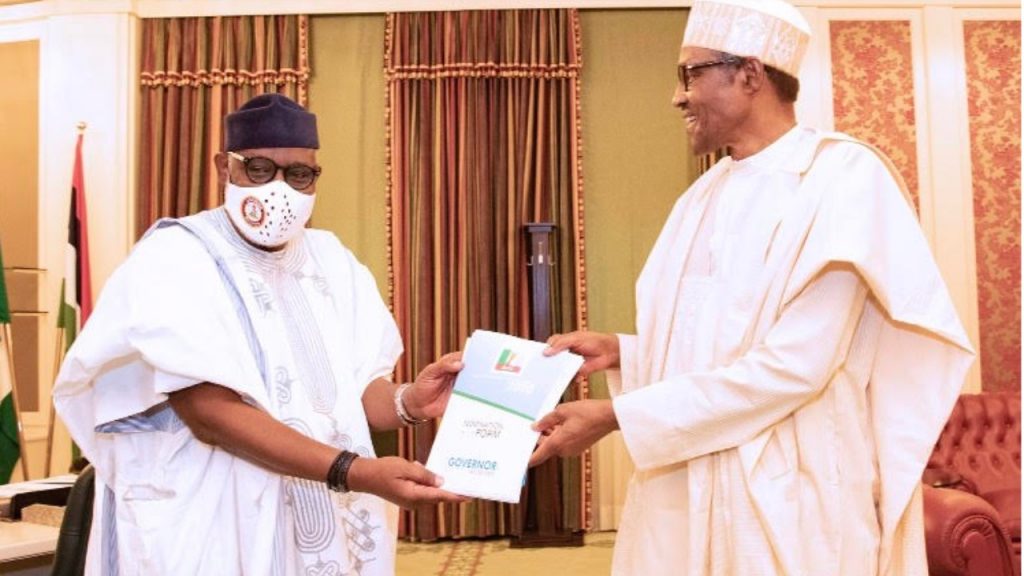 The meeting held inside the Aso Rock Villa, Abuja.

The President’s aide on new media, Bashir Ahmad disclosed that Akeredolu met with Buhari to disclose his intention for his reelection.

Ahmad on his Twitter page wrote: “ Governor Rotimi Akeredolu was at the State House, Abuja today, to inform President @MBuhari of his intention to run for his re-election after getting his Expression of Interest forms from the APC National Headquarters.”

At the meeting, Akeredolu expressed readiness to participate in any form of primaries adopted by the All Progressives Congress, APC.

According to him, “he is ready for any form of primary election the All Progressives Congress (APC) would be adopting.”

Speaking to State House Correspondents, the governor said he was sure that God would give him victory.

Meanwhile, there are speculations by the Deputy Governor of Ondo State, Hon. Agboola Ajayi to dump the ruling All Progressives Congress, APC to his erstwhile party, the opposition Peoples Democratic Party, PDP.

The speculation that Ajayi will contest against his boss, Governor Oluwarotimi Akeredolu at the October 10, 2020 governorship polls came to fruition following secret meetings held over the weekend with some party leaders within both APC and PDP.

Recently there had been cold feud between the governor and his deputy, with the battle taken to the camps of both leaders.

The rift between them began shortly after the 2019 general elections following the alleged suspension of the governor from the party for alleged anti-party activities.

The deputy governor was accused to have been behind the purported suspension. He was said to have been confronted by the governor with evidences of his meetings with top members of the party in Abuja.