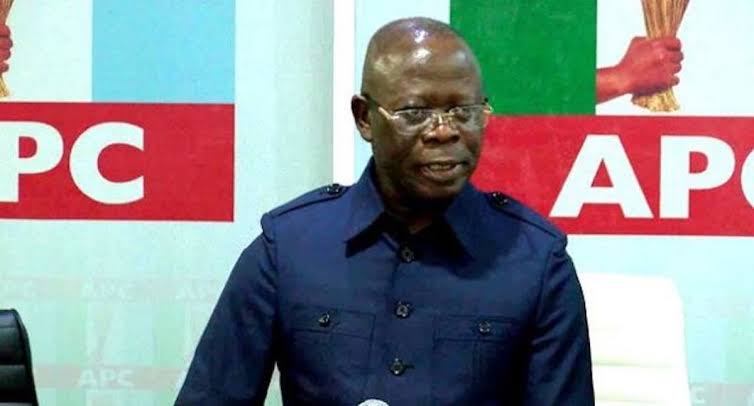 The immediate past national chairman of the ruling All Progressives Congress, Adams Oshiomhole, has said he has accepted the resolution of the party’s National Executive Committee (NEC) dissolving the National Working Committee while he was on suspension.

The APC NEC, which had Buhari in attendance, had dissolved the National working Committee over the crisis that engulfed the leadership of the party creating two factions of the party with each side led by Late Abiola Ajmobi and Victor Giadom.

Oshiomhole at a press conference that just ended in Abuja this afternoon said he has instructed his lawyers not to pursue any case against the NEC decision.

He said President Muhammadu Buhari had two years ago invited him to come and reposition the APC and that since the president in his wisdom has also agreed to the dissolution of the NWC, he is bound to obey him as the leader of the party.

The suspended National Chairman assured that he remains loyal to the party and President Muhammadu Buhari.

“Loyalty is put to test when the going is tough,” Oshiomhole said.