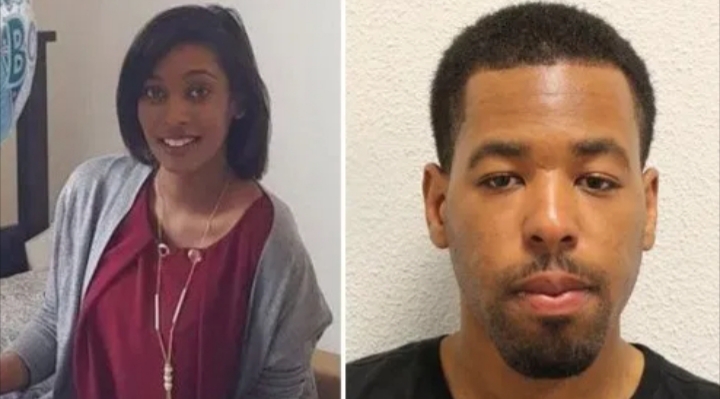 Tragedy as a 26-year-old man who allegedly stabbed his heavily pregnant ex-girlfriend in a jealous rage, killing her and their baby has been found guilty.

The 26-year-old man identified as Aaron McKenzie who lives in Peckham, south London reportedly broke into Kelly-Mary Fauvrelle’s bedroom in the middle of the night and stabbed her 21 times as her family slept upstairs, the Old Bailey heard.

According to reports, Fauvrelle was rushed to the hospital after the incident. The baby, Riley was delivered by Caesarean section in an attempt to save his life, but died in the hospital four days later.

The tragic attack occurred in June 2019.

The prosecution alleged McKenzie had killed Miss Fauvrelle, 26, in a “vicious and cowardly” attack after their “toxic” relationship ended and she moved on.

The defendant denied it, claiming a man named Mike, who his pregnant ex owed money to, was responsible for her death.

On Friday, July 10, a jury found McKenzie guilty of murdering 33 weeks pregnant Miss Fauvrelle, the manslaughter of baby Riley and possession of a knife.

Miss Fauvrelle’s family were also in Court One of the Old Bailey as the verdict was delivered after a total of two hours, 46 minutes deliberation by the Jurors to reach their verdicts.

The court heard that Miss Fauvrelle’s relationship with McKenzie had ended in February last year after McKenzie messaged her that he was feeling “not needed, not wanted, unimportant, and lost.”