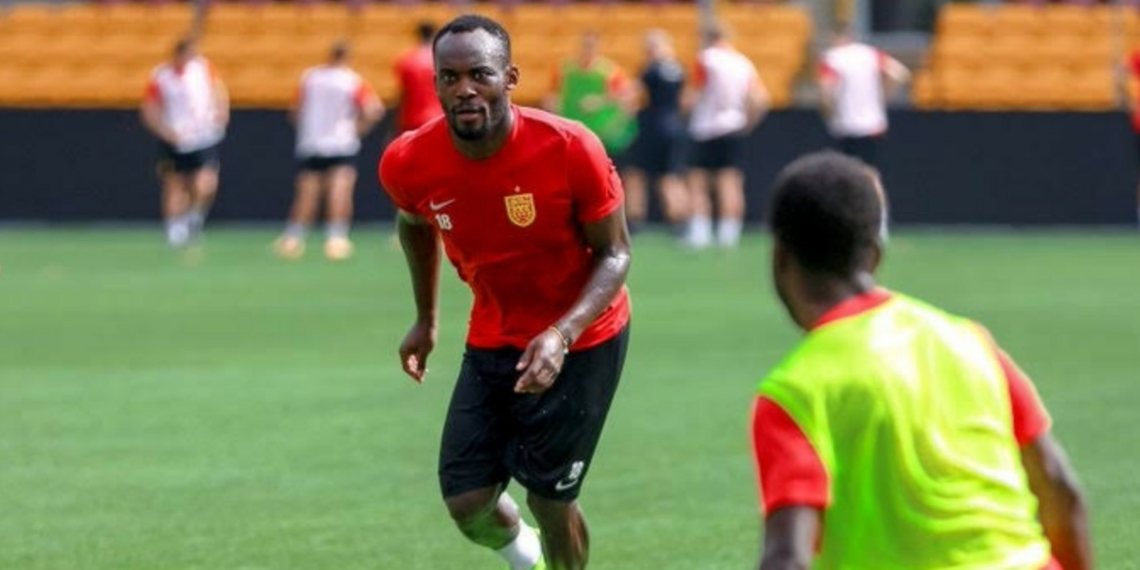 Former Chelsea and Ghana star Michael Essien has joined the coaching staff at Danish top-flight side FC Nordsjaelland, the club announced on Wednesday.

“He has agreed to be part of the club’s management staff for the season to come, with the title of player-coach, under the guidance of head coach Flemming Pedersen,” the club said in a statement.

Essien, 37, will begin his role on Thursday. Nordsjaelland begin the new season away to Brondby on Sunday.

“I am delighted to have joined @fcnordsjaelland coaching staff as part of my development towards my full coaching licence. I will also be assisting the players on and off the pitch as part of my role,” Essien tweeted.

I am delighted to have joined @fcnordsjaelland coaching staff as part of my development towards my full coaching licence. I will also be assisting the players on and off the pitch as part of my role. #transitionontocoacching #yearoftransition #learning #coaching 🙏🏿⚽️🏃🏿‍♂️ pic.twitter.com/NE2C3jyDHV

The midfielder won two Premier League titles with Chelsea as well as the 2012 Champions League. He also helped Lyon to a pair of Ligue 1 crowns and was part of the Ghana squad that finished runners-up at the 2010 Africa Cup of Nations.

Earlier this year, he spent a brief period with FCN as part of his activities toward securing his coaching badges.

“Michael left a very positive impression here during his visit and we continued the dialogue with him after he had left,” Nordsjaelland Sports director Jan Laursen said.

“We felt he was excited by what he experienced here through our philosophy, the people he met at the club, and that our environment inspired him.

“At the same time, Michael’s visit gave us a clear impression of how much a coaching staff member on the pitch, as an active part of the training with the players, can contribute and add.

“That part we are really looking forward to further developing, and we are very happy that it can happen through and with such a football and human capacity, as Michael Essien is.” He added.