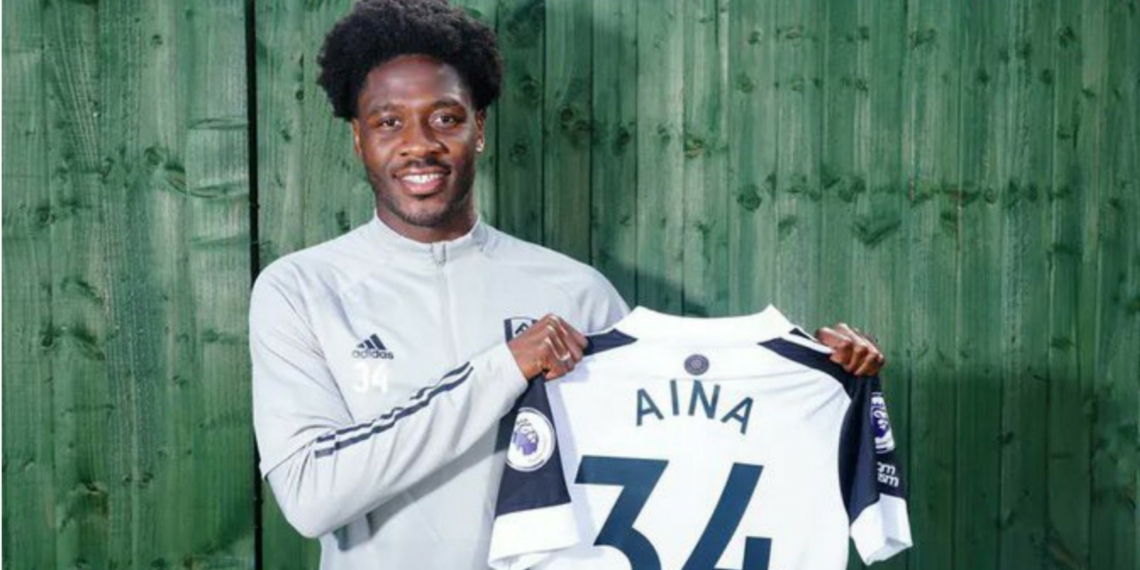 Nigeria defender Ola Aina has joined Fulham on a season-long loan from Serie A club Torino.

Fulham also holds an option to make the deal to sign the 23-year-old permanent.

“I feel very excited and privileged to be able to play for a Club like this,”Aina told FFCtv after finalising the move.

“It feels amazing to be back closer to my family, back in the capital where I was born and raised.

The Super Eagles right-back initially joined Torino from Chelsea on a loan deal for the 2018-19 season which was later made permanent after his impressive performances.

Aina joins Fulham a day before their Premier League opening fixture against Arsenal at the Emirates Stadium on Saturday.

In his reaction, Fulham owner Tony Khan defended the acquisition of the Nigeria international who could remain at Craven Cottage if they retain their top-flight status at the end of the season.

“I’m pleased to announce the arrival of Ola Aina to Fulham on loan from Torino. Ola is an exciting young player who can further strengthen our squad this season in the Premier League,” Khan said.

“In our loan agreement, we’ve secured an option for a permanent transfer for Ola to potentially remain at Fulham if this season proves to be a good fit for us, which is a great situation for the club given our belief in Ola’s talent and in his potential. Come on Fulham!”