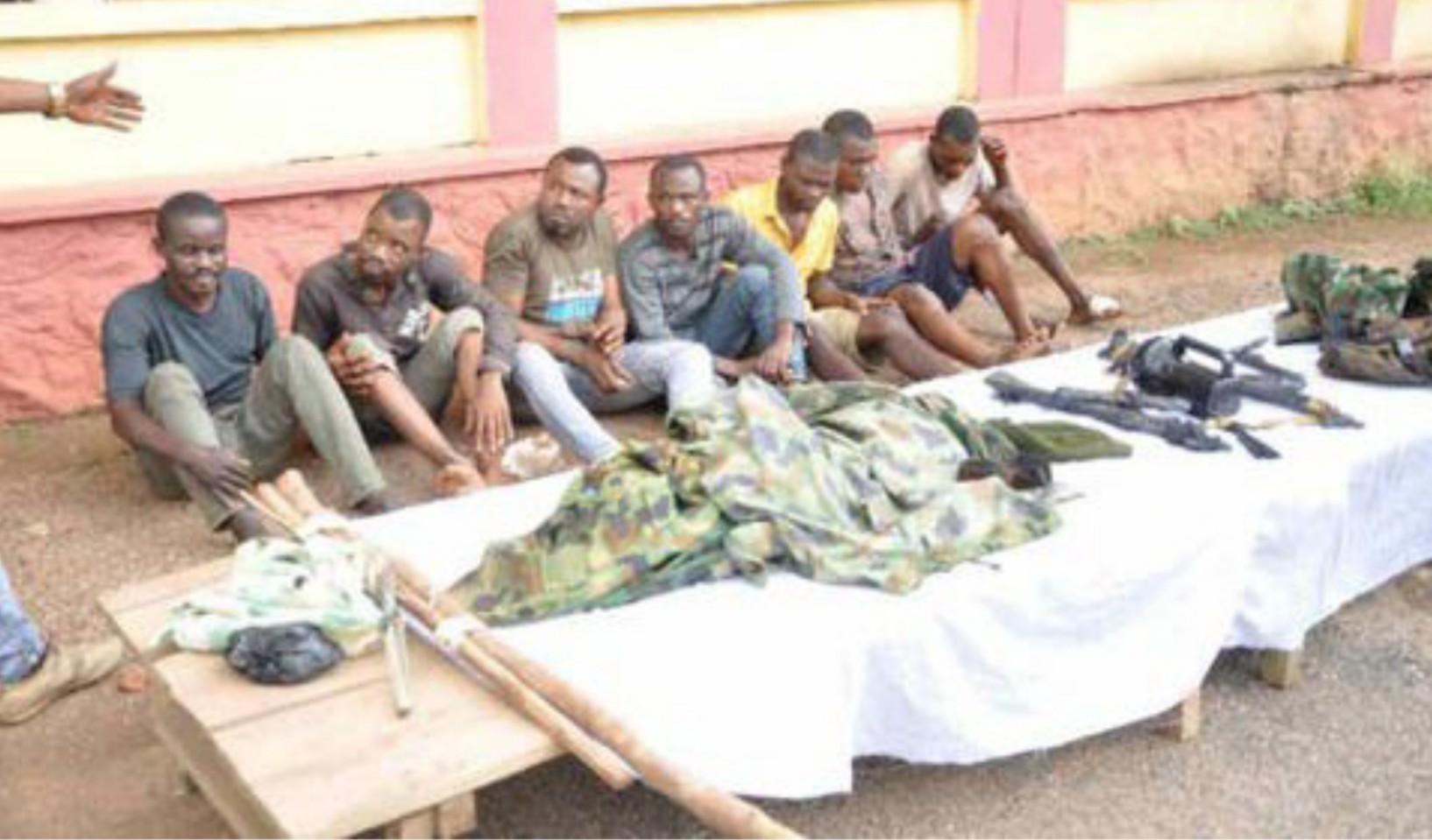 The suspects who were paraded alongside other notorious criminals were arrested on the 4th of September 2020, at about 2:30 am. After the Command received a distress call that a gang of armed robbers who dressed in military camouflage uniform have blocked the Sagamu-Benin expressway at Ijebu-Ife, forcefully dispossessing motorist and commuters of their valuables.

Parading the suspects at the state police command, the Commissioner of Police Edward Ajogun said on the strength of the distress call, a team of Special Anti-robbery Squad (SARS) was detailed to join forces with the patrol team of Ijebu-Ife division and confront the daredevil men.

On sighting the policemen, the hoodlums engaged them in a gun battle which lasted for about 30 minutes, at the end of which one of the hoodlums was shot dead while others escaped with gun-shot injuries.

It was gathered that the SARS operatives were ordered to go after the fleeing members of the gang and bring them to justice within the shortest possible period in order to put a permanent end to their nefarious activities.

The operatives embarked on a technical and intelligence-based investigation which led to the arrest of one Vincent Magnus and Elias John in the Apapa area of Lagos State on the 11th of September 2020. Their arrest led the operatives to the 7up area in Ikeja Lagos on the 12th of September 2020 where three other members of the deadly gang namely: Ikechukwu Alore, Ifeanyi Emmanuel, and Chibueze Kingsley were apprehended. Another member of the gang Chigozie Micheal was later arrested in Sagamu Ogun State as the investigation progressed.

#March4Nigeria: The military remains heroes of our democracy –…

The gang leader Obiorah Michael who sustained bullet wounds in his abdomen, hand, and right tight during their encounter with policemen in Ijebu-Ife was later traced to the Ajangbadi area of Lagos State where he was being treated of the wounds and was promptly apprehended. They have all confessed to being responsible for a series of robbery incidents along the Sagamu/Benin expressway, especially the Babcock junction and Ijebu-Ife area.