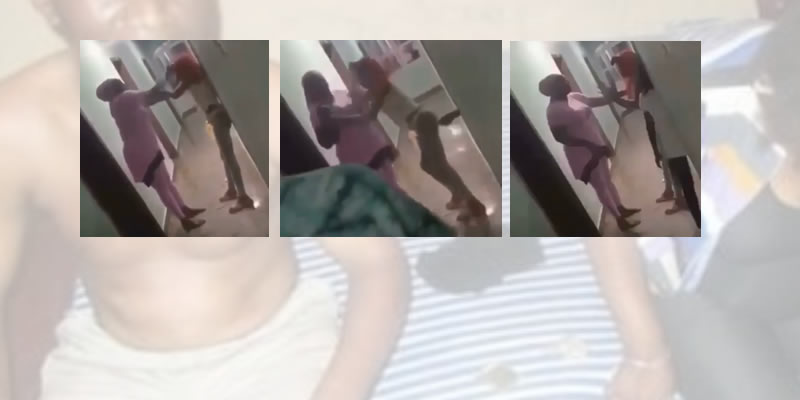 VIDEO: Drama as mother drags daughter out of hotel room, where she was lodging with her ‘Sugar Daddy’

Drama ensued after a Nigerian mother tracked her daughter to a hotel where she was lodging with her lover.

WITHIN NIGERIA learnt that the angry mother, after receiving a reliable intel, disclosing her teenage daughter is lodging with an elderly lover popularly known as Sugar Daddy, stormed the location of the hotel to fetch her daughter.

A dramatic scene ensued at the premises of the hotel when the mother discovered that the information given to her about her daughter was true.

A few seconds footage captured the moment the angry woman dragged her daughter out of the hotel room where she was lodging with her lover, after descending on her with several slaps.

In the video that has begun making rounds online, the mother who spoke Yoruba, was seen hitting her daughter intermittently and heard saying;

“They have finished your life with sex here, thank God you know your father, he will deal with you mercilessly when you reach home”

Drama as mother drags daughter out of hotel room, where she was lodging with her 'Sugar Daddy'