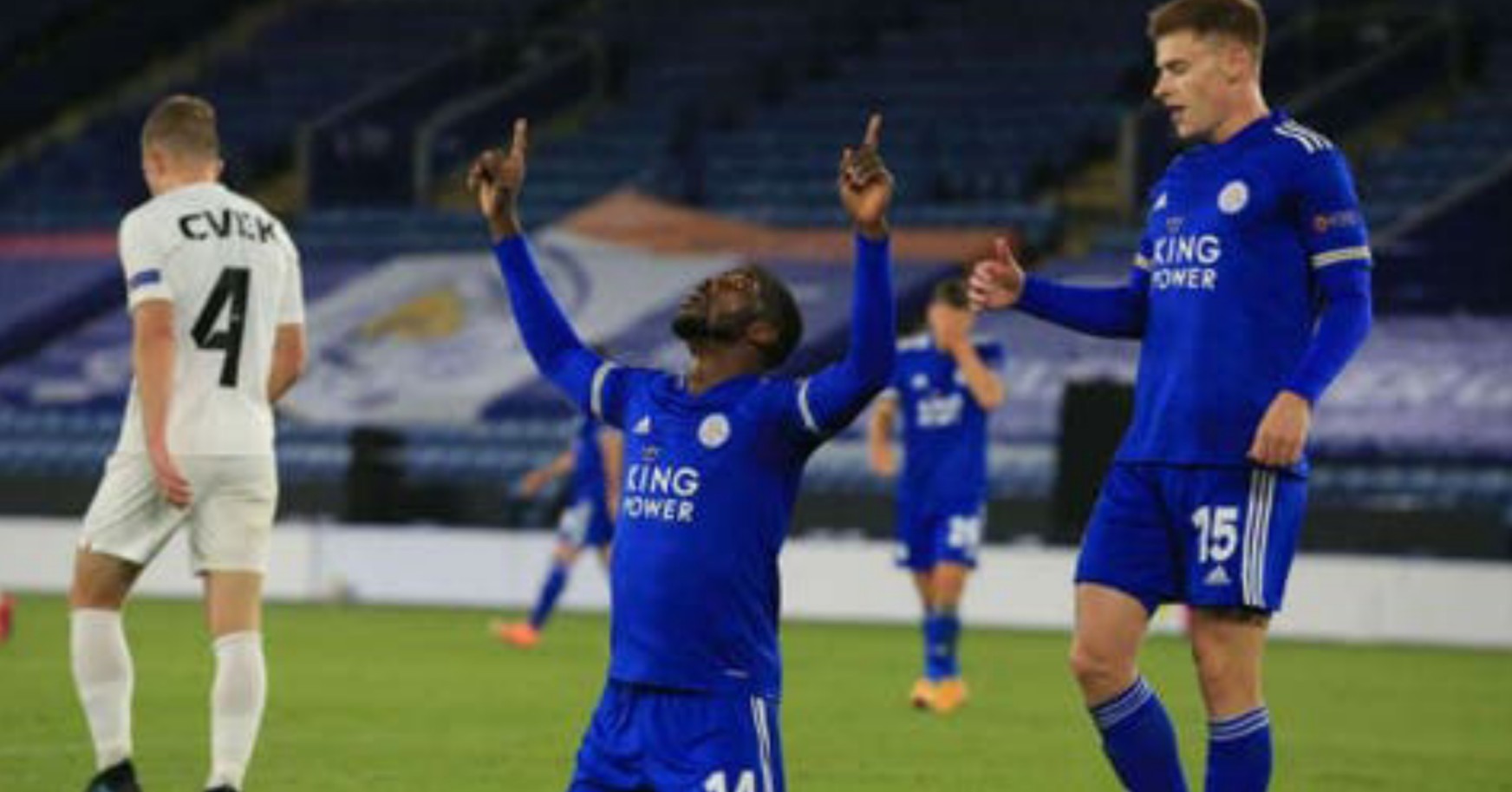 Kelechi Iheanacho scored and had two assists in Leicester City’s 3-0 win against Zorya, in Group G of the Europa League played on Thursday.

Iheanacho set up James Maddison for the first goal in the 29th minute before assisting Harvey Barnes for the second goal in the 45th minute.

In the 67th minute he scored to make it 3-0 to Leicester before he was replaced by Ayoze Perez in the 72nd minute.

The Nigerian striker got very high rating after scoring and providing the two assists to help his team win.

The rating which was for every Leicester player in action, was compiled by Leicester Mercury.

Reacting on Iheanacho’s performance, Leicester Mercury wrote:”It looked like it would not be Iheanacho’s night with his passes sloppy in the opening 10 minutes, but he kept his head, flicking cleverly into Barnes’ path for the second, and showing a sharp turn and finish for the third. Held up the ball excellently.”