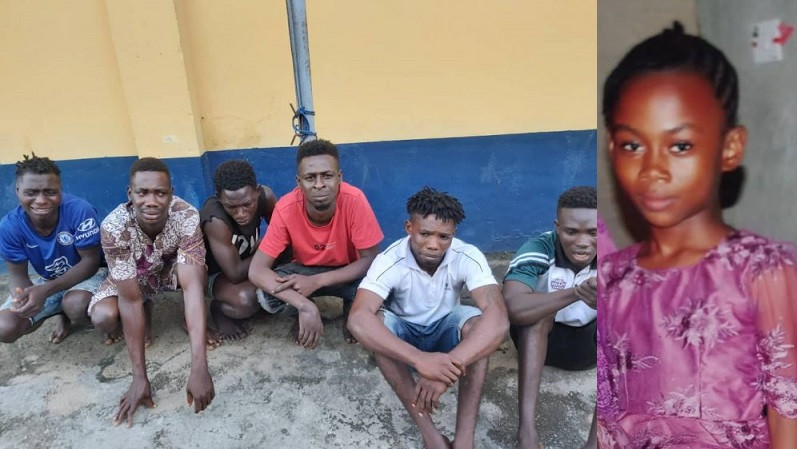 It was also learnt that the suspects were charged with three counts of rape, murder and defilement.

According to reports, Chief Magistrate O.G. Oghre did not take the plea of the suspects pending legal advice. She instead ordered the police to return the case file to the Lagos State Directorate of Public Prosecutions (DPP).

The magistrate also granted bail to Olowookere (the second suspect) after counsel, Spurgeon Ataene, told the court of her non- involvement in the case. She was granted N500, 000 bail with two sureties each in like sum. The Magistrate adjourned the case until Nov. 18, pending legal advice.

In a related story, WITHIN NIGERIA reported that an 11-year old girl, Favour Okechukwu, was gang-raped to death in Ejigbo area of Lagos with the perpetrators on the run.

The deceased, a Junior Secondary School 3 student was sent on an errand by her mother, by 3 p.m.

She was said to have been lured into a building on Olarewaju street, where four men gang raped her. She was suspected to have been gaged in the process, apparently to avoid raising that alarm.