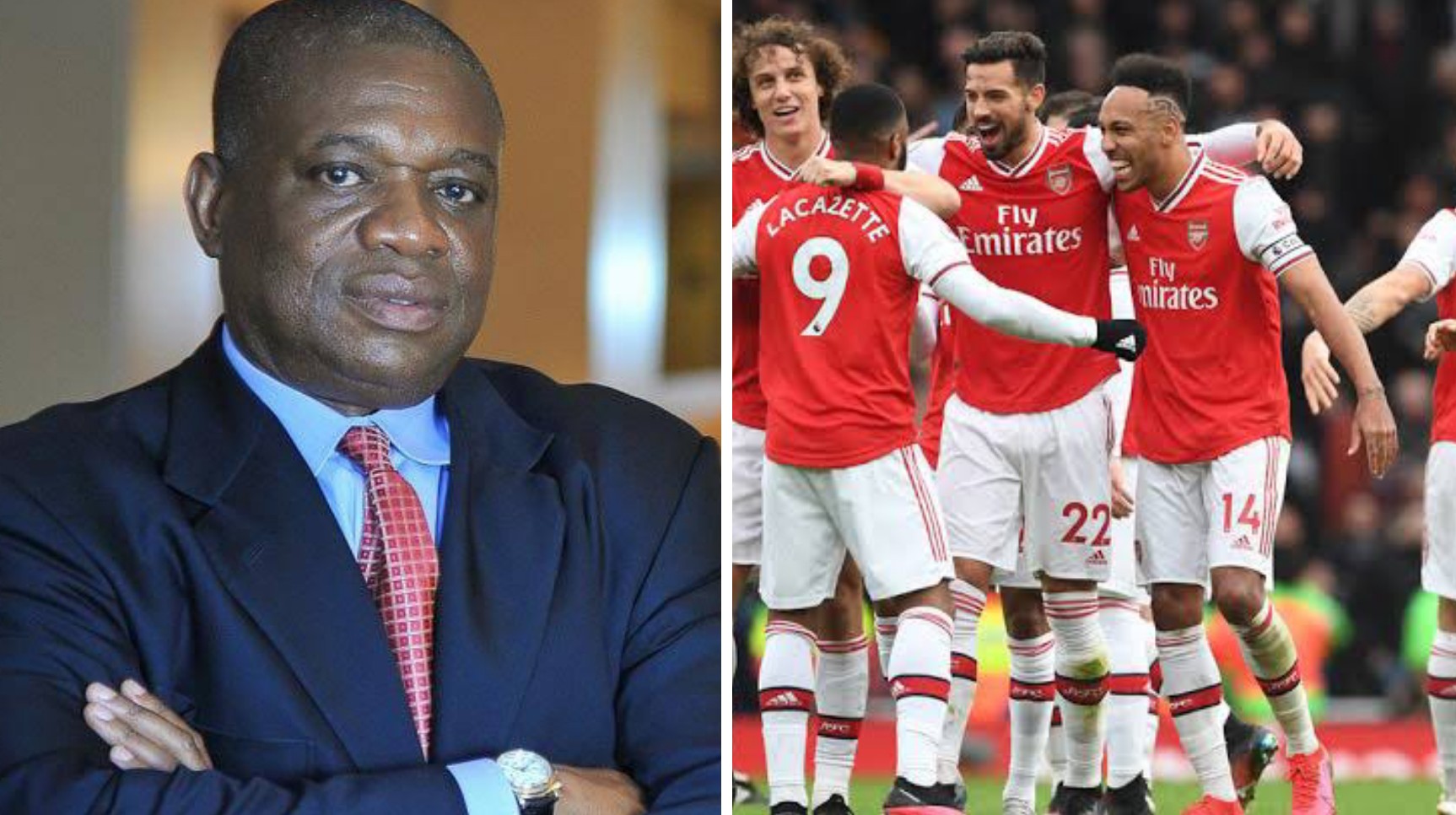 The current senator representing Abia North in the Nigerian National Assembly made this known in a post on his official Facebook page.

The 60-year-old politician stated that by buying a stake at the club, he is to ensure that the Gunners win the Champions League and the Premier League back-to-back as Enyimba did.

He wrote on his Facebook page “Our success with Enyimba football club between 2000-2007 has continuously increased my passion for football. As the pillar of sports in Africa , I am considering an investment in football and I will buy 35 percent stake in Arsenal FC.

“Our target is to lift the Champions League and Premier League back to back as we did with Enyimba. 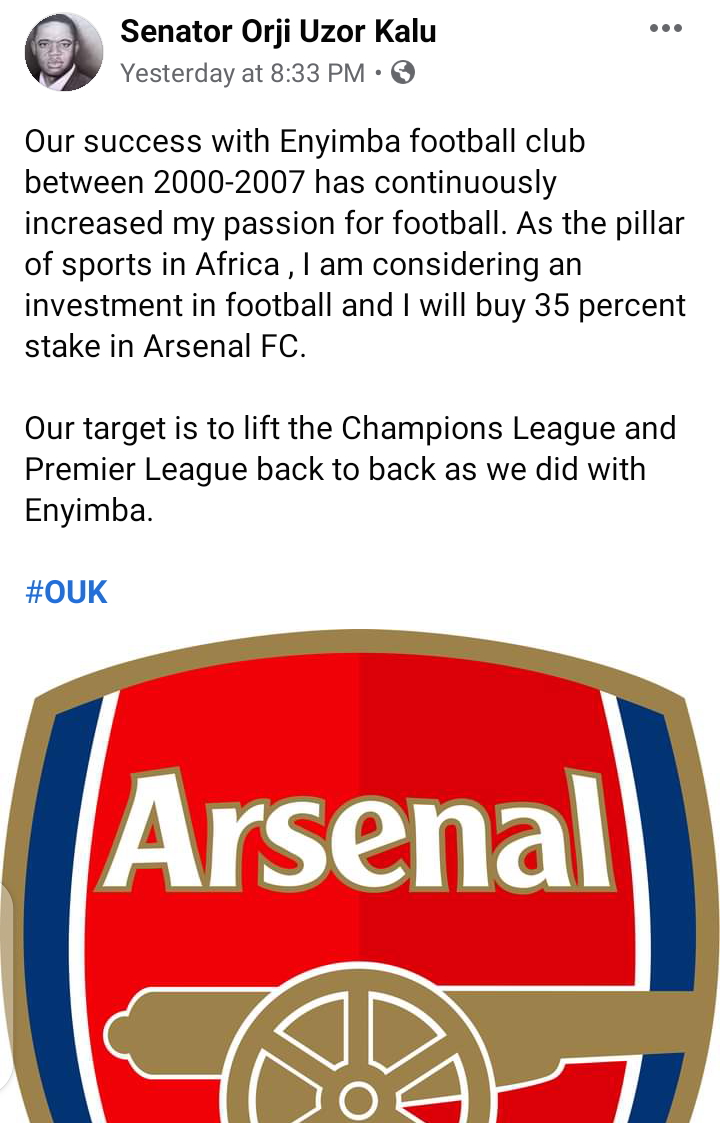 It would be recalled that Business mogul, Aliko Dangote, who is the Africa’s richest man and a die-hard Gunners fan previously revealed his plans to buy Arsenal Football Club in 2021.