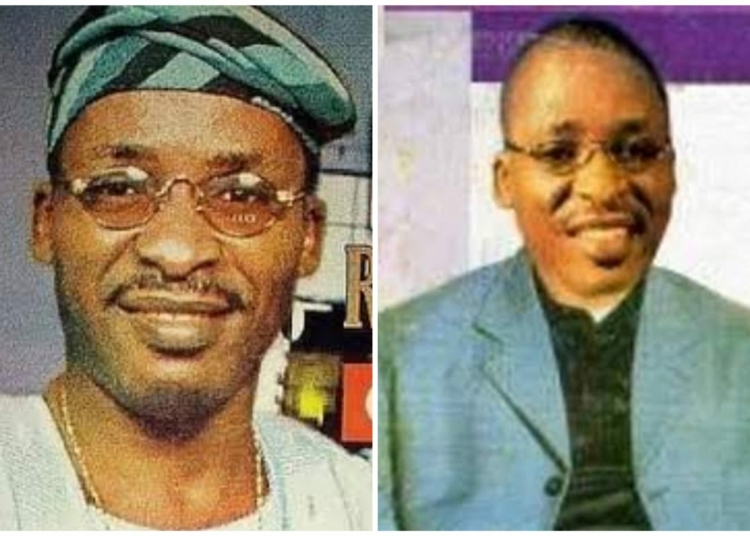 “As we consume honey, sweetness and even use the lap of a goat to eat Amala. We should not forget that we are sojourners in this world”.

Late Roland Olubukola Olomola with the stage name ‘Baba Ara‘ was a spirit in human form. He was a highly insightful and observant person whose lyrics were deep and philosophical.

His style of singing was a clear departure from norms and his ability to cite relevant bible verses to caution people from vagrant thought of material wealths while singing made him different.

Baba Ara came into music industry with different percussion, beats and sounds. He walked through fire and brimstones before he could make his beats and sounds attractive to people.

His story was not perfect nor different from the tales of every artiste who went through hell before Music chose him.

Baba Ara, a graduate of food technology went through hell before he finally submitted to be used by God through music evangelism.

He switched from Methodist Church to Celestial Church. He resigned from Nigeria’s bottling company as a quality assurance officer to venture into wristwatch business which did not survive a year.

In a desperate move to stay clear from music evangelism, he travelled to London via Hongkong route but he was caught and deported to Nigeria within three days. He later resolved to submit his life for music evangelism.

When he started music evangelism, he craved for himself a niche within the industry following his percussion and beats which were clear departure from norms.

He was a guest in the niche he craved for years before he luckily scaled through the hurdles of relevancy and acceptability.

Late Roland Olomola with the stage name ‘Baba Ara’ wrote many songs and produced several albums before he hit the airwaves with ‘Master Key’. He rose to stardom and became favorite of all. He was loved and accepted across all denominations.

From his first record titled ‘Covenant’ to his first personal album titled the ‘call and annointing’, it was a hit back to back.

He ended up producing more than twelve albums such as Halleluyah, Emi Ni among others within 9 years. He performed in Germany, France and major cities in America.

Sadly, he died on August 31st, 2004 at Lamy Hospital, Ojota after a short illness. The music evangelist who asked people to trend softly and always remember death in their daily routine died at the age of 42.

Baba Ara did not only leave this world. He took his highly insightful and deep songs of praise and caution.

In this era of mixed gospel songs where emergency music evangelists compete slangs, styles and sounds with hip hop artistes, the likes of Baba Ara are sorely missed.

Late Roland Olubukola Olomola popularly known as ‘Baba Ara’ was born in July 2, 1962. He was a native of Ilesa, a community in Osun State while his mother hailed from Ile-Ife.

Education
He attended Methodist Primary School, Abeokuta and Baptist Boy High School, Abeokuta. He furthered his education at the Ogun State Polytechnic where he graduated from the department of food technology in 1988.

He married one wife who happens to be a Muslim identified as Mrs. Idowu Olomola. The marriage was blessed with three children.

He had his NYSC service at Nigerian Bottling Company (NBC) in Kano in 1989 and resigned in 1993 to begin the gospel ministry. He once ventured in wristwatch business which later got ruined over perceived mismanagement.

It is a common knowledge that most songs produced by Baba Ara can be related to life and death. This made a lot of people presumed that he was aware of his sudden and shocking death which occurred on August 31, 2004.

There were several controversies that surrounded his death and for the past 18 years, his demise remains a mystery no one has been able to uncover.

There were claims that he was into drug smuggling and some drug particles he swallowed which was meant to be transported to another country bursted in his stomach which led to his death.

They cited the short time he spent alive in Nigeria after returning from his trip to Germany, France and United States of America (USA).

There were claims that he did ‘fame voodoo’. They claimed that he rose to stardom unexpectedly, became a favorite for all and had to die at the peak of his popularity.

They cited his new genre of music and how it became acceptable across Celestial Church of Christ and pentecostal churches.

His childhood friend and manager, Adedapo James Fasanya known as Bengho 2 via an interview disclosed that Baba Ara died as a result of accumulated stress and compilation of untreated malaria.

He also revealed that he had N300,000 in his bank account as at the time of death, saying N200,000 was recently paid into his account for video production.

However, the passing away of Roland Olubukola Olomola remains a mystery. His fans still mourn his sad and terrible loss. His music though old but still evergreen.

As people especially his fans still admire his raw talent, majority still wonders or live in doubt about his demise. What killed him? How did he die? These are questions begging for true answers in the mind of every soul that has ever listened to the beautiful and divinely craved songs of Baba Ara.