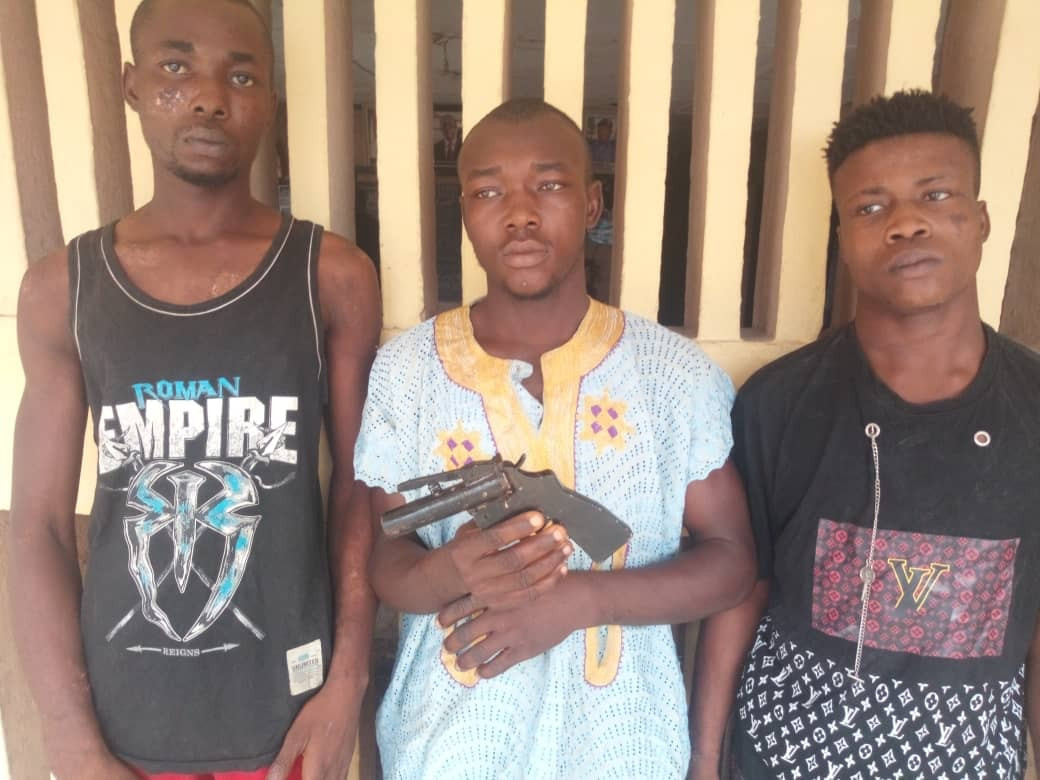 Operatives of the Delta State Police Command have arrested three notorious armed robbers in Bayelsa State after a victim spotted a member of the gang around Sagbama area of the state.

The State Police Spokesperson, DSP Bright Edafe, who made this known in a statement on Wednesday, January 26, said the suspects allegedly shot a 33-year-old man and made away with his motorcycle in Isoko Local Government Area of the state.

“In the year 2021, March 5th to be precise, a case of armed robbery was reported at Oleh Division that one man (name withheld) age 33years was shot and his Qlink Motorcycle was snatched from him by suspected armed robbers between Olomoro and Ehwne Communities in Isoko South LGA,” the statement read.

Investigation was then initiated and the victim was taken to Olomro General Hospital where he was treated and discharged.

Unluckily for them, on 23/01/2022 the victim spotted one of the hoodlums around Sagbama, Bayelsa State and he immediately alerted the Command.

The Commissioner of Police Delta State, CP Ari Muhammed Ali FCIA, directed that operatives from Oleh Division proceed to Bayelsa State for a discreet investigation with a view to arresting the suspects.

One locally made gun was recovered from the suspects and they will be charged to court upon completion of investigation.