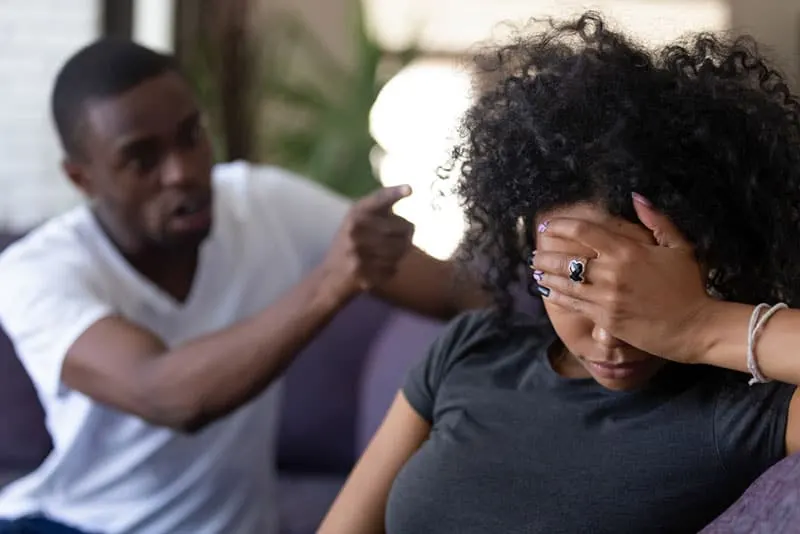 Insecurity is a feeling of not being good enough and not being certain of one’s life and relationships. It produces anxiety about your goals, relationships, and ability to handle certain situations. Everyone is insecure to a certain extent; low self-esteem, past experiences, family background, trust issues, secrecy , jealousy, negative talks on social media, etc are few factors that cause one to be insecure. More importantly, is our natural tendency to always think and some of our thoughts can be filled with doubt. This can lead to thoughts of insecurity.

To be insecure in itself is not wrong as it is natural, however, too much insecurity can lead to other problems that destroy relationships. Funnily, many don’t know they are insecure and when pointed to, they get defensive.

Do men get insecure? Yes ! insecurity isn’t peculiar to one gender as it affects any human. Insecurities in men are different from that of women and they can be devastating. Many relationships have failed due to how insecure the men were. To avoid falling into the hands of such a man, there are certain traits that women need to watch out for. These are 5 traits of insecure men every woman should watch out for

They belittle their partners

This is one major trait of insecure men. Every relationship should bring out the best in you mentally and emotionally but insecure men make their partners feel otherwise. These kinds of men like to look down on their partners and make them feel inferior. This becomes worse when such men are more financially powerful than their partners , more famous or more highly connected.

They feel their partners should be forever indebted to them or below them. These are the kind of men who wouldn’t admit that others have or accomplish “more” in life, so they try to make anyone else less important.

You will see this insecurity spelled out when their partners earn more than them or are financially independent of them.

They love to Gaslight their partners

Gaslighting is an emotional abuse employed by people especially in a relationship to make a partner feel like the wrong one, with the aim of controlling such a partner. People use gaslighting to “gain an upper hand and avoid accountability. This is one of the favourite and convenient tools an insecure man uses on their partners. They don’t like to own up to their own flaws but will make their partners feel they are the culprit in the relationship.

Common phrase such men use against their women are, “You’re making things up.”, “You are an ingrate.”, “You don’t love me.”, etc. These women then begin to question their own realities.

Another way insecure men gaslight their partners is to threaten to break up with you. He uses the ‘threat game’ to keep his partner on her feet to the point that she begins to doubt if truly is the one not really loving him.

The truth is, he doesn’t really want to end the relationship; he’s hoping you’ll beg him to stay. If you do, it validates his fragile ego. If you don’t, he’ll take it all back and do whatever he can so he doesn’t lose you.

They have trust issues

Nothing breaks a relationship faster than lack of trust; lack of trust is one of the arms of insecurity. An insecure man will never trust you with an opposite sex especially if the person is your ex, He thinks you still have feelings for your ex.

Even if you’ve been divorced/broken up for years, he is still convinced you aren’t over your ex, even if you loathe that ex and don’t talk to him. Insecure people have trust issues and want to project their insecurities on you, therefore, they won’t see any reasons to trust you.

His insecurity is so overwhelming that he can’t see reason and will convince himself that you couldn’t possibly love him, so the only “logical” conclusion is that you’re still in love with someone else.

Such a man will bug you, stalk you, keep a close eye on you, monitor your calls, chats and movement. They can even prevent you from going out on a casual date with an opposite sex.

They always want to prove a point.

insecure people naturally lack self-confidence and are fond of doubting their own abilities. What they do to stay relevant is to always prove a point. Extremely insecure men are not far from this, as they care so much about what others think of them, while everything you do seems like a competition to them. They are always competing and want people to see them as smart, flawless, and just overall powerful. They have low self-esteem and cannot bear to have their suspicions about themselves validated when someone points out a flaw.

Talking to them can be mentally draining because they won’t want to admit their flaws and losses – they just want to be proven rightly. Nothing their partners do is better than what they do. They find it hard to apologize for their wrongs, that’s if they even admit that they are at fault.

Staying in relationship with such men can be emotionally and mentally draining which often leads to violence.

They shower you with EXCESSIVE Attention and Gifts

A man can show you how much he loves you but when it gets obsessive then you should know there is a problem. This obsession comes when he doesn’t give you a breather. He is always on the call with you, always showering you with gifts, cash etc.

Insecure men feel that their partners can always leave them at any time, so one way to prevent that is to always ‘be there for you’ , giving you their time and resources.

At first, you’re swept off your feet by his sweet thoughtfulness. But after a while you may start to question his lavish gifts and attention. Is he motivated to give you gifts out of pure love, or out of a desire to buy your affection and ensure you won’t leave him?

It gets even worse when he becomes upset if he can’t be with you. He wants to see you every time and gets overly upset if you have other things to do that prevents you too from seeing, even if it is your job. He also has a way of making you feel guilty if you need to work, run errands, or meet a friend and can’t go out with him.