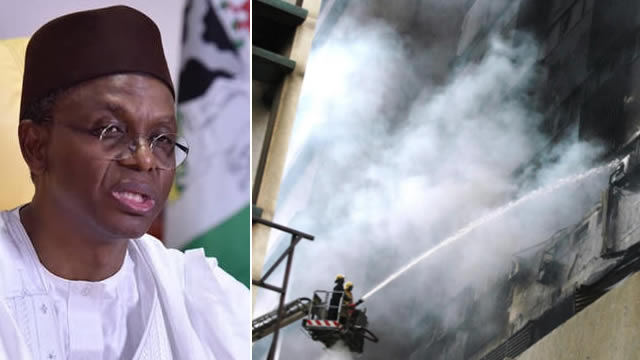 The cause of the fire is yet to be ascertained, even as fire fighting officials were seen putting out the fire.

The Agency had said it procured six thousand electronic machine and card readers for the May 12 LGs elections. As at press time, Chairperson of the Commission, Saratu Dikko, who arrived at the commission’s premises with other officials, declined to comment.