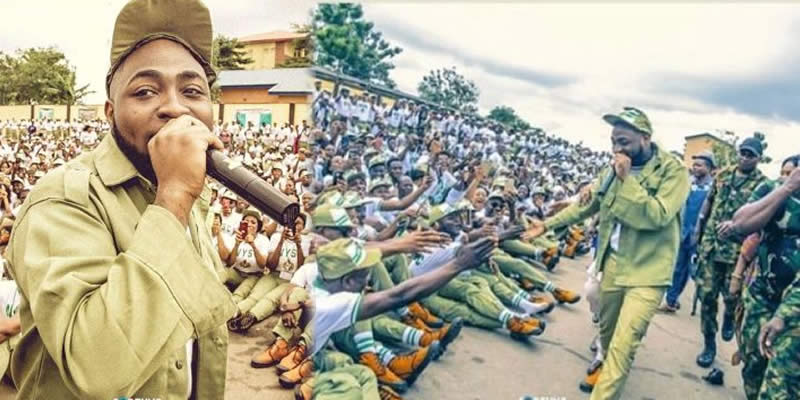 The internet is still buzzing with the news of Nigerian musician, Davido enrolling for the compulsory National Youth Service Corps (NYSC) and now, more photos which shows the singer speaking to corps members seated on the floor have emerged. 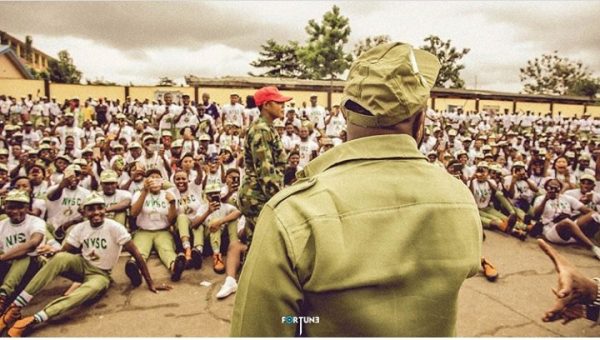 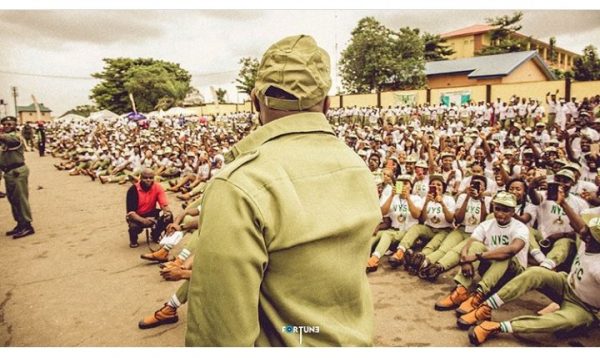 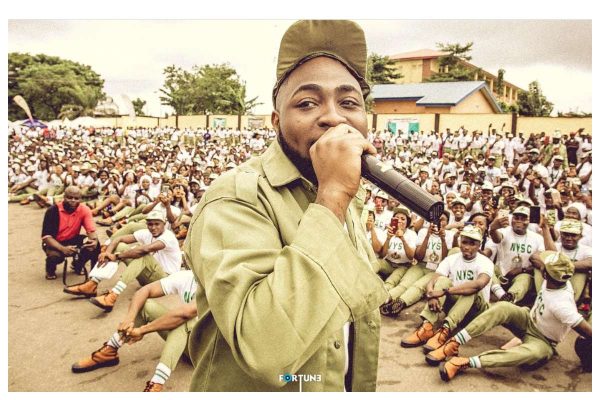 READ: 6 places you can access the free internet via Google Station in Lagos 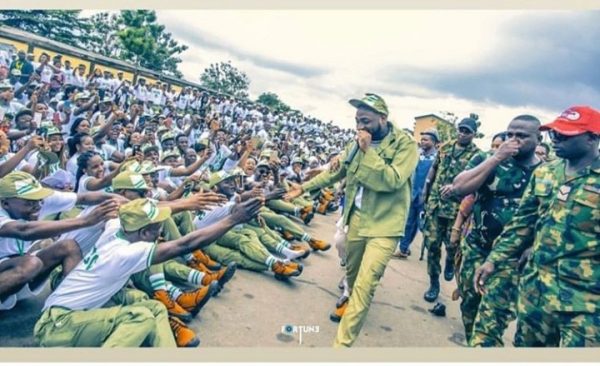 There was serious commotion earlier today at the NYSC camp in Lagos state this morning when Davido resumed for service.

Other corps members could be seen struggling to catch a glimpse of the singer who is participating in the mandatory service.

The popular Nigerian singer who just began his NYSC took to his twitter page to share pictures of how he was welcomed at the camp today by his fellow corps members. 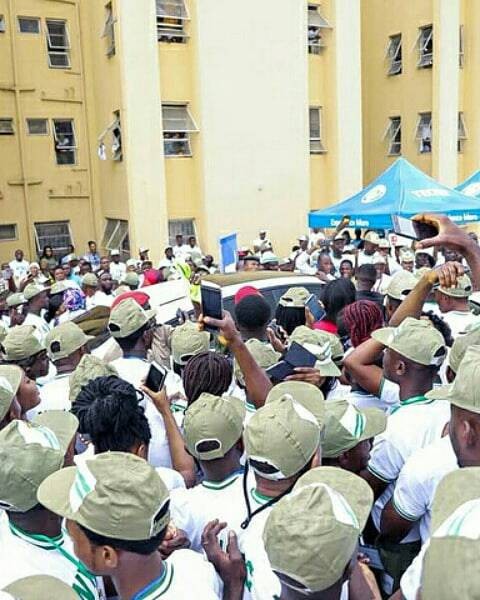 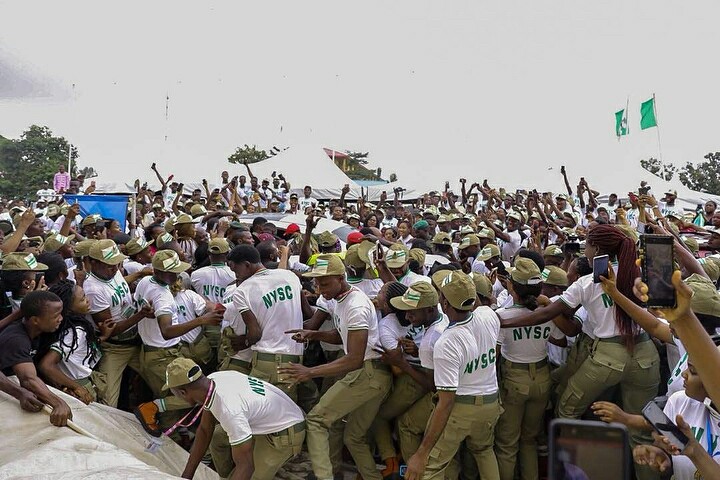 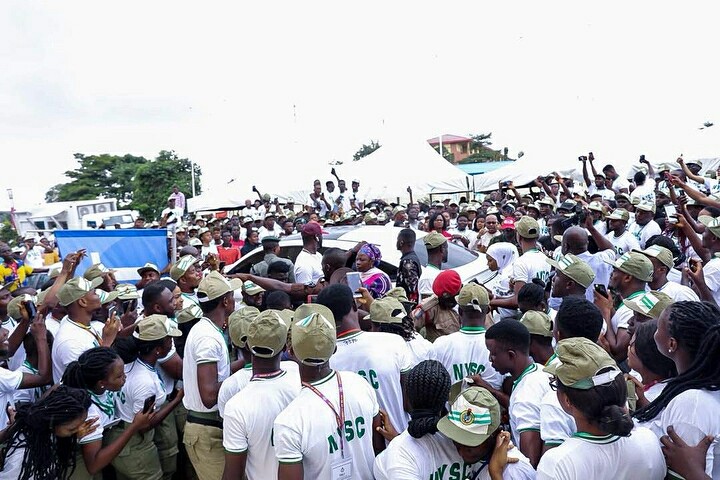 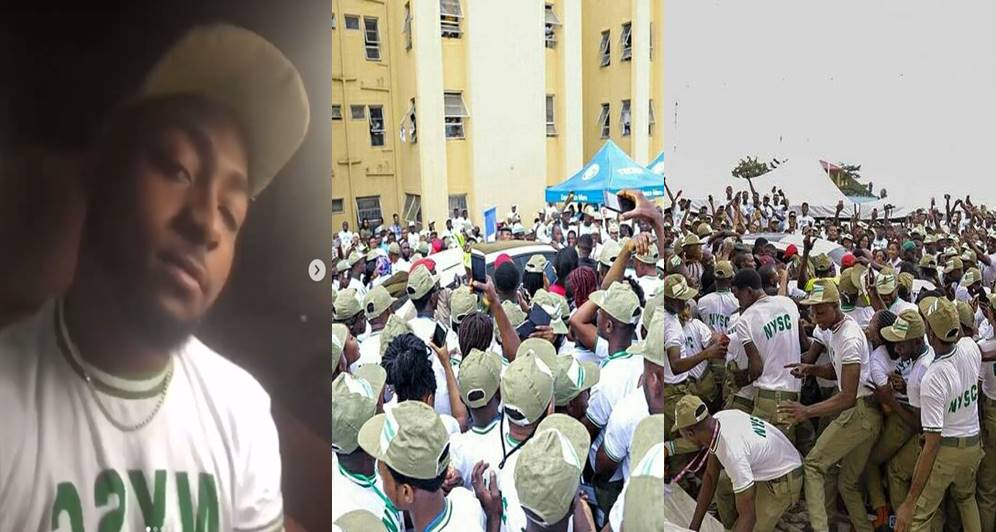 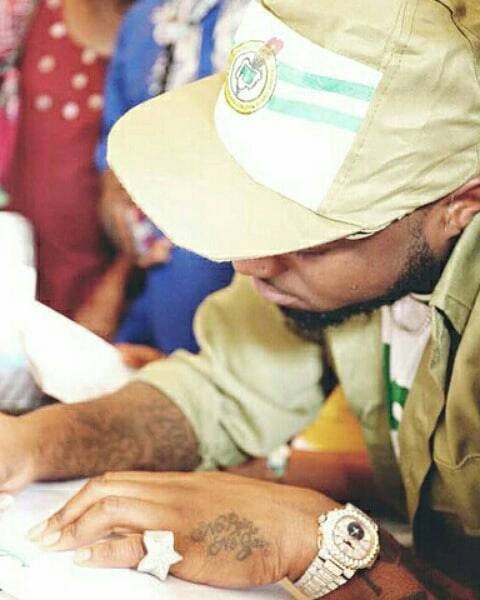