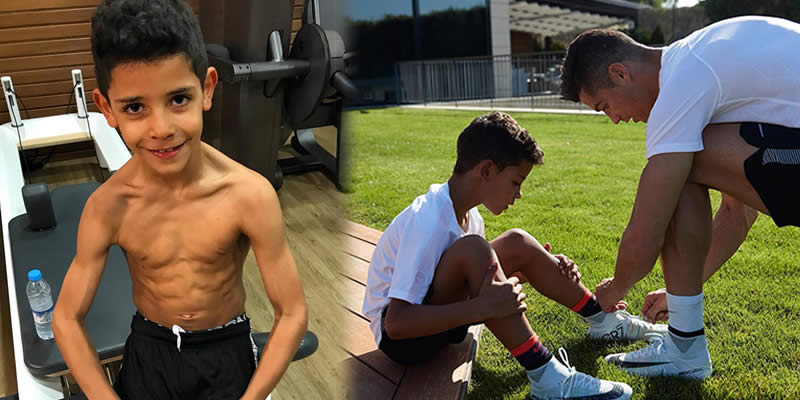 Christiano Ronaldo believes the shoes he’s left for his son to fill is a really big one and it will be difficult for him to do so.

Both Ronaldo Sr., 33, and Ronaldo Jr., 8, are currently on the books of Juventus with Junior linking up with the academy. Ronaldo Jr has shown impressive skills at the famous Italian club but his father thinks it will take a lot for him to live up to his record.

I hope that Cristiano can be like his father.

He says he will be better than I, but I think it will be difficult.

You would also like to read; Revealed: Words Ronaldo used to inspire Real Madrid to their latest Champions League win