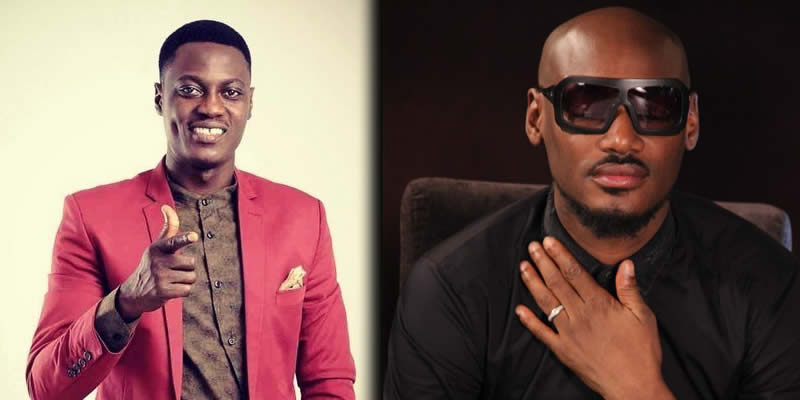 By Aanu Damilare .O On Oct 3, 2018
Share FacebookTwitterWhatsAppReddItPinterestEmailLinkedin
Born just over a year apart, the two have formed one of the most enduring friendships in Nigerian music. Could it be love for basketball or an affinity for music? It’s not clear what exactly made Sound Sultan and 2face (now 2Baba) Idibia fall in love with each other. What is known for sure is that twenty years later, theirs is a friendship that has lasted longer than many others in the Nigerian music industry.

As Sound Sultan gears up for his Jungle Story concert this October, he has recruited 2Baba to feature along with a number of others at the three-day event. It’s a given for fans to expect to see him there anyway: what’s a Naija Ninja event without Inno?

“Tuface and I started in the music industry a long while ago and when we started, there weren’t too many of us in the game. We both started in FESTAC and by virtue of that, we were always together. Back then, it was just us living our lives. We grew to understand how we connected on different levels. Nothing can stop that kind of friendship,”

The two first appeared on Baba Dee‘s (Sound Sultan’s equally maniacally talented elder brother) 2000 Sodi E, a spoof of Set It Off’s official soundtrack. At the time, both were relative newbies in the game, trying to find a foothold. They each had groups and crews they belonged to (Naija Ninjas and Plantashun Boiz) but it was obvious that the two shared something special. Proof of that perhaps is the fact that those groups are defunct now but the artistes are still close collaborators.

They would go on to feature one another in several projects over the years. Till date, they have no less nine collabos, either featuring each other or as guest acts on a third party’s work.

When Wyclef visited Nigeria in 2004 (foreign stars performing here was a huge deal in those days), he made time to record a track with the two of them- and 2face’s former bandmate, Faze. The song, Proud To Be African, was on Wyclef’s album Welcome To Haiti: Creole 101.

Their chemistry also affords them the opportunity to gel on all types of songs. For example, 2Face’s Enter The Place was a party song that celebrated “flexing”. Conversely, Bushmeat by Sound Sultan was a socially conscious song that had messages for politicians and their misrule. When they would both feature on MI‘s Human Being, both of them told of the pressures of being a celebrity that everybody wants a part of.

Their friendship also extends beyond music as they’re close family friends. When 2face got married in 2013, Sound Sultan feature predominantly as his best man. And don’t forget that 2face tried his hands at Nollywood when he featured on the Sound Sultan produced (and Baba Dee directed) Head Gone.

There’s a saying that twenty kids cannot be friends for twenty years. Sound Sultan and 2Baba defy that. In an industry where friendships are as fickle, theirs is beautiful to see and is inspiring. What they owe fans now is a long-expected collaborative album. Related to this; ‘Drink water and mind your business’ – LAX tells Nigerians as he shows of new 20million naira whip