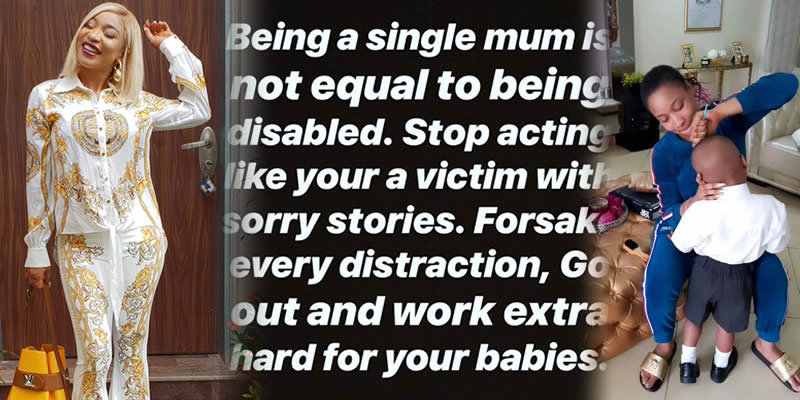 Popular actress and social media influencer Tonto Dikeh has a message for Nigerian single mothers. In a post which she recently put up on Instagram, the beautiful 33-year-old advised them to stop acting a part of a victim.

Tonto, a mother of one, is known to always shower her son King Andre with all the affection that is necessary for a growing kid.

Beyond this, her several acts of love for her son have always been displayed on her Instagram page. Given the way she has been in charge of taking care of Andre, the actress has deemed it fit to advise other single moms like her.

This prompted her to share a post where she poured out her thoughts. Through her words, the Nollywood actress who is also a fashion enthusiast advised single mothers to not play the role of a victim as they were not disabled in anyway. Rather, they should stay focused on working and taking care of their children. 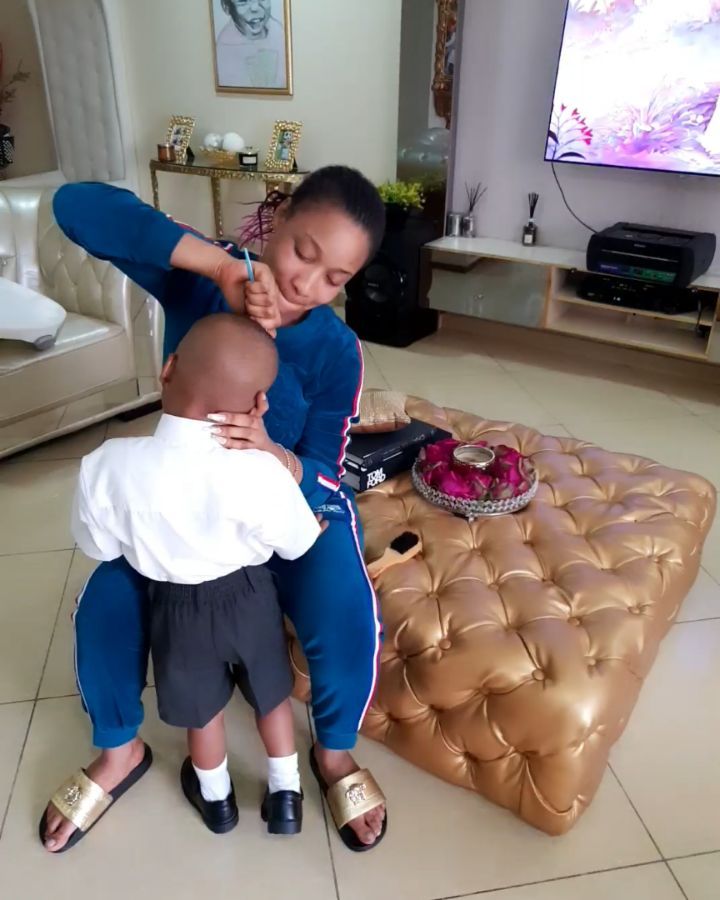 Tonto, who got divorced from her husband recently after a highly tumultuous marriage, has since moved on with her life and has taken to caring for the one child she had with her ex hubby Olakunle Churchill.

King Andre has become somewhat a source of fascinating joy to her and despite the differences she had with his father, she does not hesitate in showing him a lot of love. 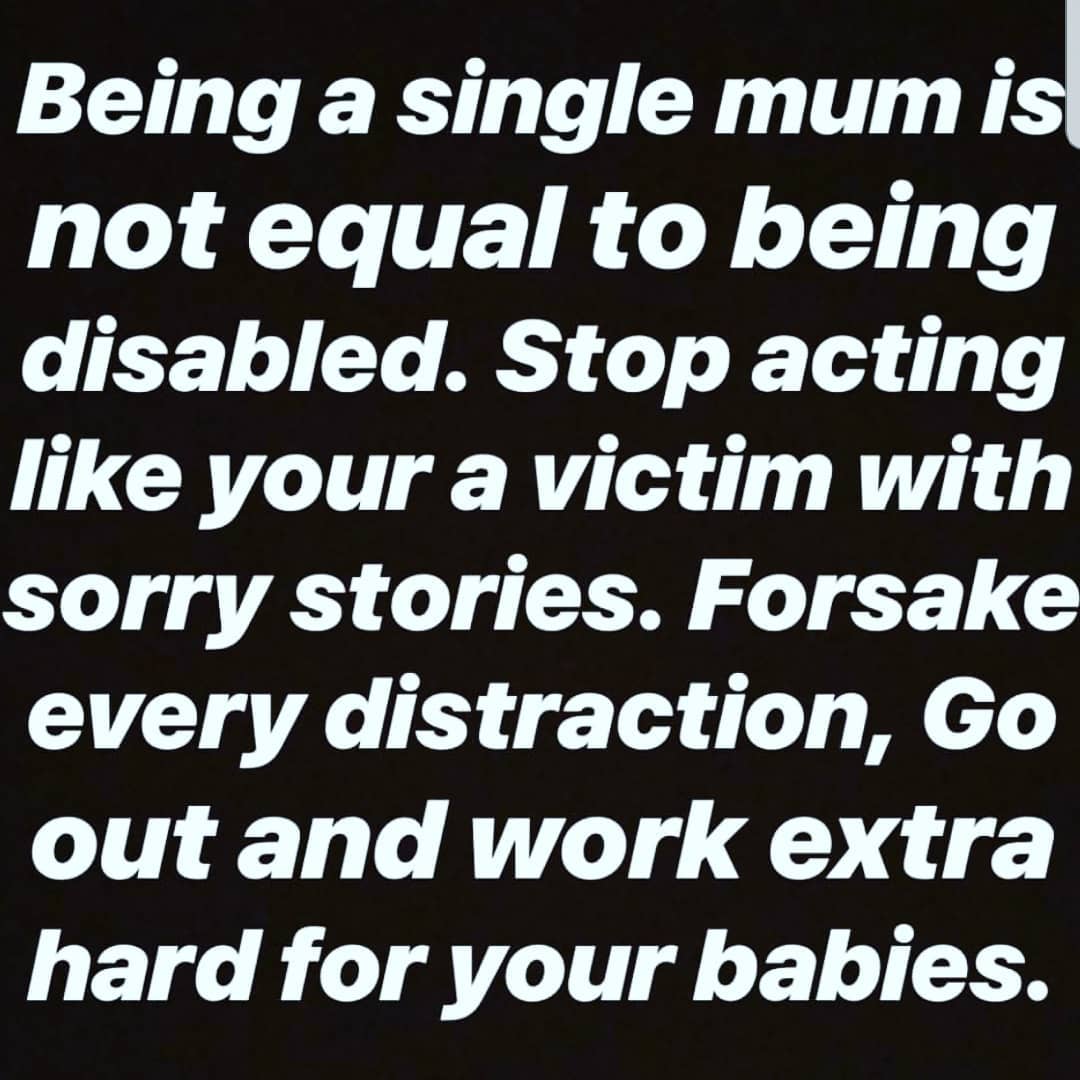 Many fans have reacted to this new dose of advice coming from her. While some fans admitted that her statement was true, they also acknowledged the fact that being a single mother is not an easy task especially when the mom in question has more than one kid to cater for.

An example is omortunde_matanmi who had this to say:

“@tontolet you’re very right but is not as easy as you think, their lot of single mom with two, three and four in fact some with more than the mentioned numbers, you can’t compare them with someone with just one child especially when the children are already in secondary schools and universities, Just thank God for the previleged you have. Has for me self pity is not for me.”