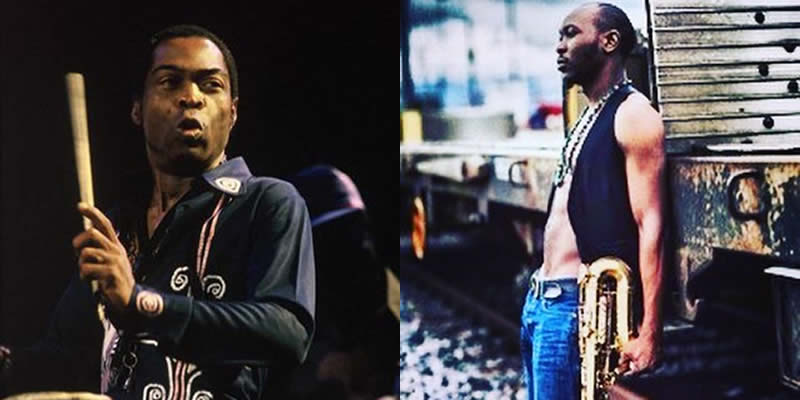 Seun kuti Celebrates father’s post-humous birthday, calls out poeple who claimed to be the New Fela

Seun Kuti is marking the 80th post-humous birthday of his father Fela Anikulapo Kuti by calling out people who claim to be the new Fela yet are unwilling to make the necessary sacrifices.

People will never understand you without going through the education you have tried to promote. Every Tom Dick And Ashy is the new Fela just because they want to smoke igbo and chase women. How about the sacrifice? How about duty? They want to be Fela and at the same time be the darlings of all the oppressors. 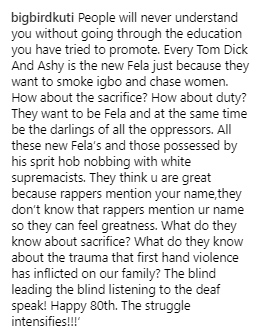 In another post, he criticized those Nigerians who vote for the politicians that his father criticized and sang against.

READ: My father’s spirit is not with you, Seun Kuti reacts to Kanye West’s claims

Una never ready!! The only way to stop being a victim is to become the enemy of your oppressor!! Franz Fanon! Una just dey vex say Una dey betray Una sef 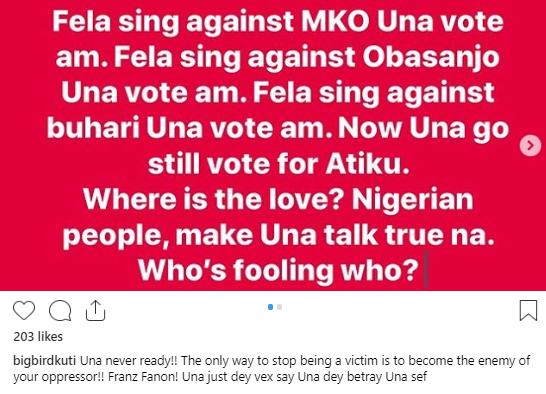 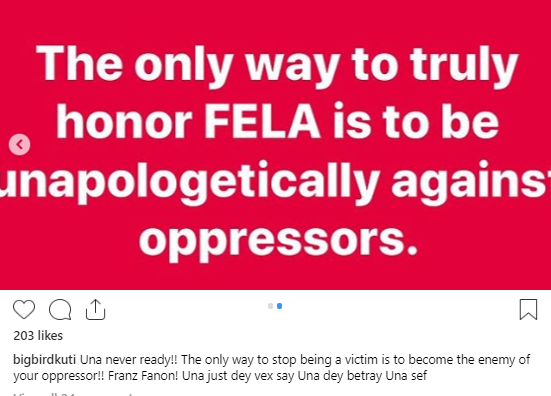 But have you read; “I heard a wonderful news today… My father is dead” – Nigerian man rejoices