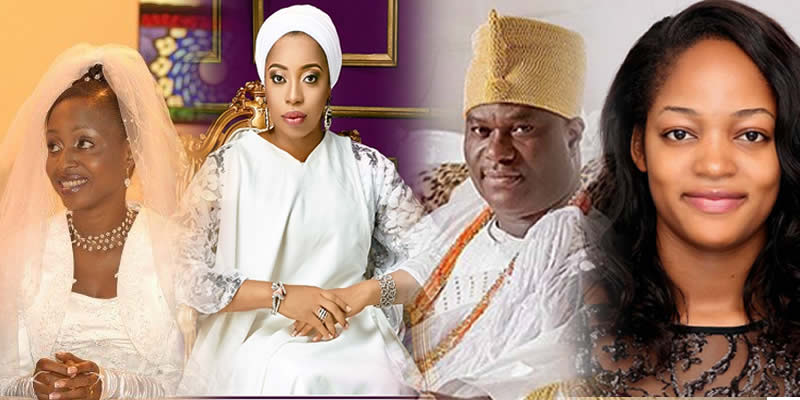 Meet All The Women In Oba Adeyeye Ogunwusi’s Life (Photo)

The Ooni of Ife, Oba Adeyeye Enitan Ogunnwusi, has gotten himself a new bride. This will be the third time the 43 years old monarch will be getting married after two of his previous marriages failed.

Before he ascended the throne in 2015, Oba Ogunwusi was with Adebukola Bombata, whom he married in 2008. They went their separate ways before his coronation.

In 2016, he married Olori Wuraola Zaynab Otiti. However, they got divorced in 2017 amid numerous controversies.

The Ooni took to his Instagram page a day after his birthday to announce his new bride Moronke Naomi Silekunola, a 25-year-old Prophetess and Evangelist.

Ooni Ogunwusi was also involved with Omolara Olatunbosun, with whom he has his only child Adeola Aannuoluwapo who was born in 1994.

You may also like; Ooni of Ife debunks rumour of marrying Tope Adesegun