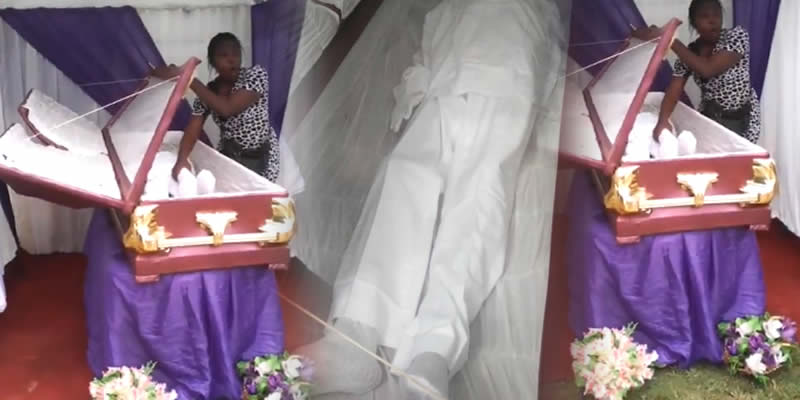 There was a commotion in Anambra state as a man placed a carved wood in a casket and tried to pass it off as his late brother’s corpse.

The burial was ongoing and the casket was opened only for a relative to investigate and find that the lifeless being in the casket was actually a piece of wood carved in the shape of a man.

In a video shared online, the woman, who is the kid sister of the deceased, can be heard screaming in Igbo, saying:

This is wood, wood that he placed in here claiming it’s Sunday.

Sunday Nwosu is reported to have died since January 10, 2016, nearly three years ago, but his younger brother kept telling family members that his corpse was in the mortuary and he didn’t have money to bury him yet.

Eventually, Ikechukwu organized a burial for his brother and chose the 23rd of November 2018 as the funeral date. He invited friends over for the burial but didn’t follow due process neither did he inform his kinsmen of the burial.

According to reports, her cries yielded no result as the burial went ahead with the wood buried in the place of the deceased.

You may also like to read; Man arrested for criticising Politician in Anambra