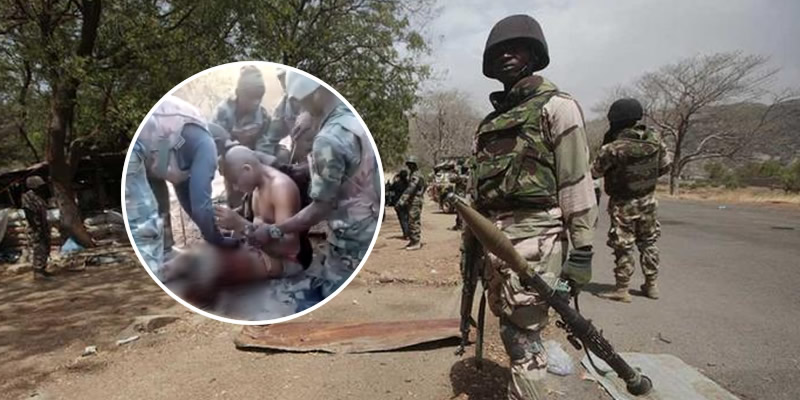 Photos Of Soldiers Treating Their Injured Colleague After IED Explosion

A group of soldiers were filmed treating their colleague who was badly injured following an IED explosion while fighting Boko Haram insurgents on the frontline.

The soldier who lost one of his legs was very calm, as his colleagues attended to him. 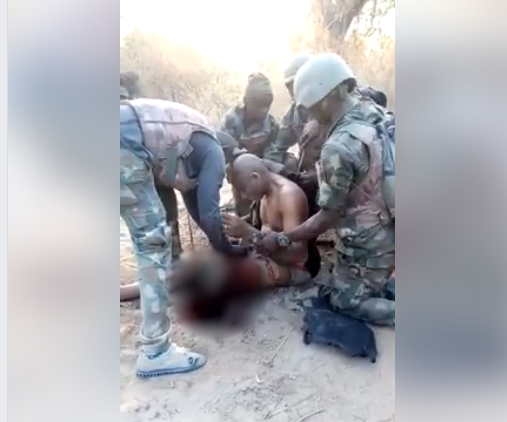 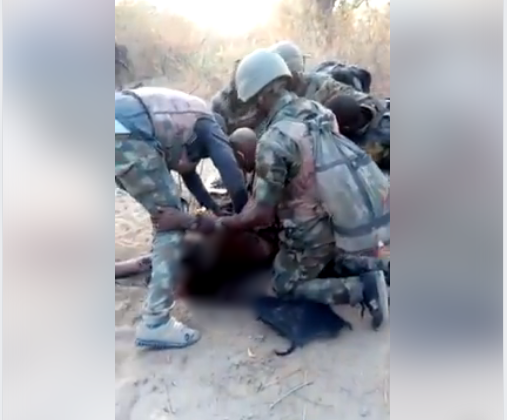 Military and civilian militia sources blamed Boko Haram jihadists for planting the mine, underlying the persistent threat to civilians in the remote region.

Jilted boyfriend openly beats up girlfriend after dumping him