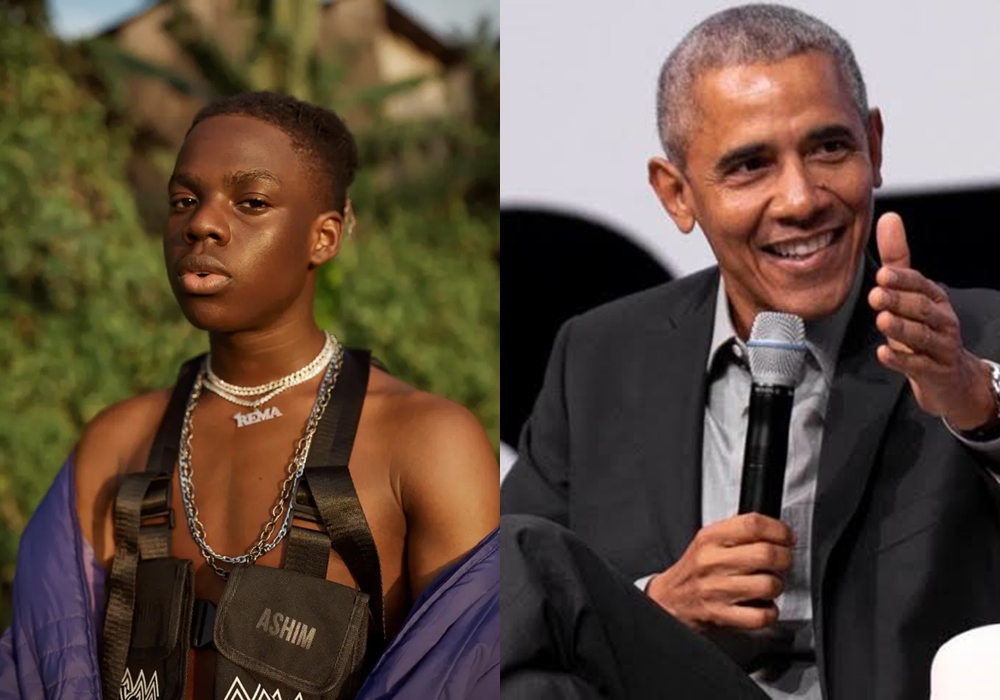 Former US President Barack Obama has shared his special playlist for the summer which is gradually coming to an end.

Obama who was United States 44th President made a list of 44 songs he listened to during the 2019 summer with his wife Michelle.

On the list were songs from international music stars like Drake, Beyonce, John Legend, Stevie Wonder, and Nigeria’e very own Rema. ‘Iron Man’ by Rema was spotted on number 42 on the list.

With summer winding down, here’s a sampling of what Michelle and I have been listening to — some new, some old, some fast, some slow. Hope you enjoy. pic.twitter.com/BS5ri1lvxz

Meanwhile, the post which has since gone viral on the internet left many Nigerians social media users, including Rema’s boss, Don Jazzy, excited and impressed that the former US president is listening to one of Nigeria’s fast-rising singers.