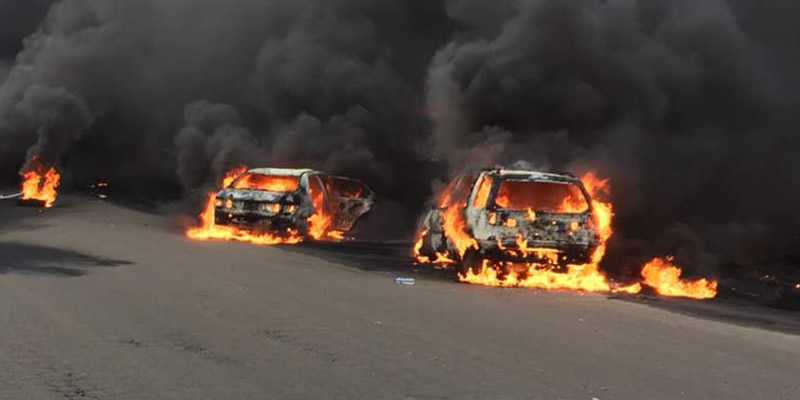 A fire incident involving a truck and two other vehicles on the road has affected the free flow of vehicles along Ife-Ibadan Expressway on Thursday afternoon.

Movement of vehicles has been restricted but the cause of the fire incident could not be ascertained as at the time of filing this report.

According to PUNCH report, a traveller identified as Michael Mokolade, who spoke to reporter said many people may have been trapped in the incident.

While reacting to the development, the Administrative Officer of Osun State Fire Service, Fatai Aremu confirmed the incident and said men had been deployed to the scene.