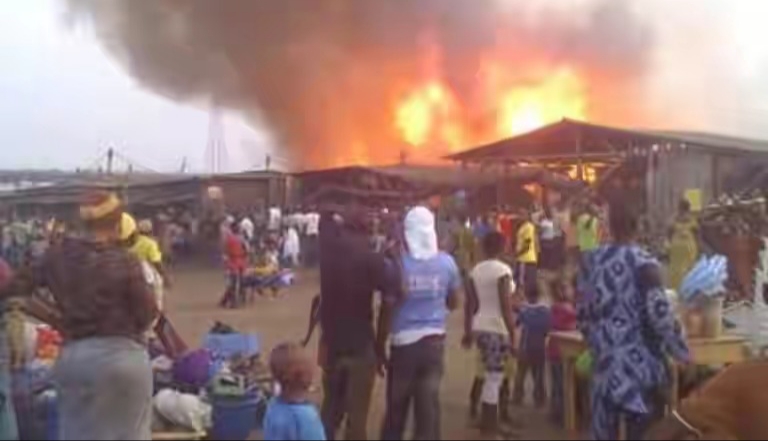 Another Building Gutted By Fire In Lagos

After repeated fire outbreaks that led to loss of properties in Lagos, another building was reportedly gutted by fire at Kano street, Ebute Metta, Lagos state resulting into the destruction of several shanties on Friday.

This fire incident was confirmed by the Director-General of Lagos State Emergency Management Agency, LASEMA, Dr. Femi Oke-Osanyintolu, saying no casualty was recorded.

While confirming the fire incident, Dr. Femi disclosed that several shanties were gutted by fire as the cause could not be ascertained at moment but the intensity of the fire has spread to the adjoining buildings.

“No loss of life nor injury sustained but properties worth fortune had been destroyed. All emergency responders at the scene of incident working together to curtail the spread of the fire. Operation ongoing.” Osanyintolu further added.

However, WITHIN NIGERIA reports that the fire incident is happening days after a five-storey building was gutted by fire at popular Balogun market  Lagos Island.