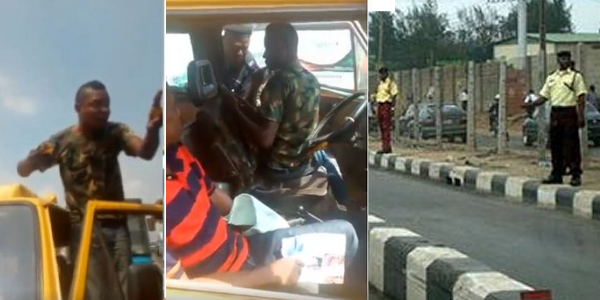 There was a mild drama at Onipanu area of Lagos State after a soldier decided to flex his muscles on LASTMA Officials who confronted him for disobeying traffic law.

The Army official was caught using the road track meant only for the Lagos Bus Rapid Transit, BRT along Onipanu road and when he was stopped by the LASTMA officials, he and one of his colleague decided to engage them in a heated argument that led to one of the soldiers punching the LASTMA official.

in other news, The Nigerian Army has revealed that no fewer than 130 soldiers accused of various offences in the course of their duty have been placed on court martial and further disclosed that the trial is said to have the largest number of soldiers in the history of Nigerian Army court martial.