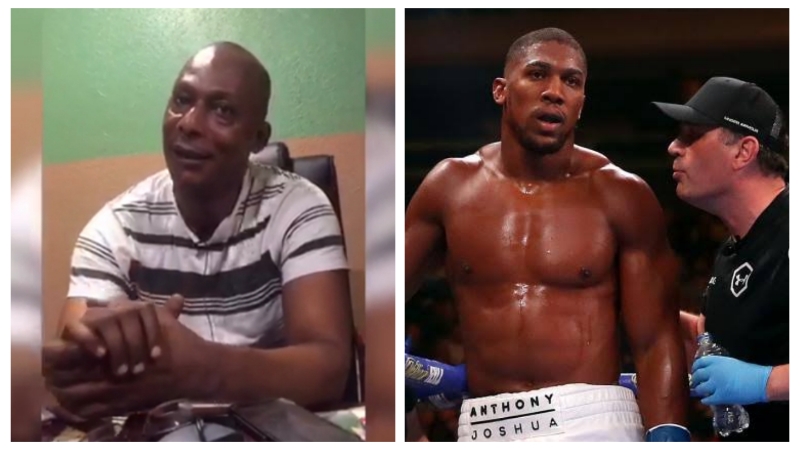 VIDEO: Pastor Evans reveals what Anthony Joshua must do to avoid another shock of defeat in December

A Nigerian pastor identified as Gabriel Evans has admonished people who know British Professional Boxer, Anthony Joshua that they should tell him to prepare very well as he faces American-born Mexican professional boxer, Andrés Ponce Ruiz Jr in a rematch on Saturday, December 7.

WITHIN NIGERIA reported that Andres Ponce Ruiz Jr scored a major upset in June 2019 when he beat Anthony Joshua at the Madison Square Garden to win the WBA, IBF, WBO and IBO heavyweight titles and the sad loss was the reason why both parties fixed a re-match.

Gabriel Evans declared in a 2-minute video that there is possibility that the British Professional Boxer, Anthony Joshua would get another shock because his source revealed to him that Anthony Joshua may be in big disappointment again as the re-match draws nearer.

Evans who confessed his self-love for Anthony Joshua confirmed that his source is credible and he wants the best for Anthony Joshua and whatever interpretation Nigerians give to his prophesy, he does not care because your ways are not my ways and my thoughts are not your thoughts.

Evans affirmed his prophetic message by reminding Nigerians that he had once foretold that Nigeria President, Muhammadu Buhari would have health issues two years ago according to his source and he told people who care to listen and it eventually happened.

He said that if Anthony Joshua believes his message, it is good for him and if he does not believe, his hands remain crossed till 7th December, the date of the re-match.