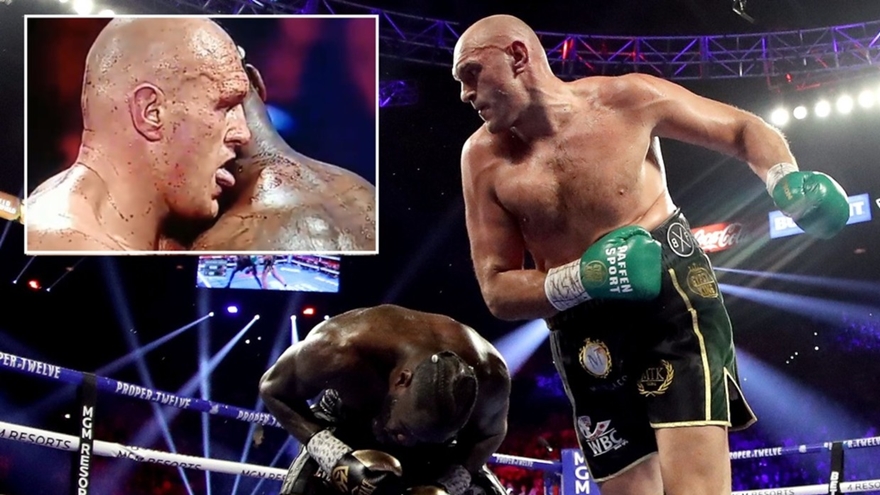 In what can be described as a bizarre moment, here is a viral video that shows moments Tyson Fury licked the blood off Deontay Wilder‘s neck during their heavyweight rematch.

Recall that the Bronze Bomber was defeated by his British rival as he suffered the first defeat of his career, being knocked down twice en route a stoppage defeat in the seventh round.

Despite the two knockdowns and a whole host of domination from Fury, it was a moment of something a bit different that caught the eyes.

After launching an onslaught on his opponent, Fury clinched and seemingly licked blood off the back of Wilder.

The blood poured down from Wilder’s ear after a sweet right hook connected, a punch which has led to Wilder being taken to hospital to be examined.

Is Tyson Fury trying to lick the blood off the neck of Deontay Wilder 😂😂😂😂 #WilderFury2 pic.twitter.com/qgIrfPuhfK