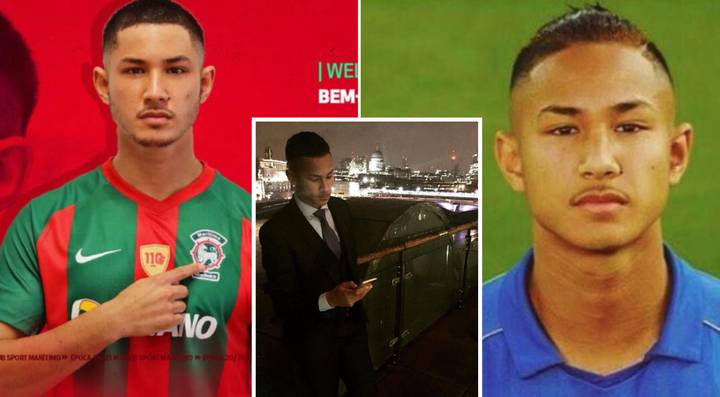 Portuguese Side Maritimo Sign ‘Richest Player In The World’

Faiq Bolkiah, the ‘richest footballer in the world,’ has moved to Portugal to sign for Maritimo, having previously been on the books at Leicester City.

Faiq is known to be the richest player in the world due to his father Jefri Bolkiah, who is the Prince of Brunei and brother of the Sultan of Brunei, Hassanal Bolkiah.

Bolkiah’s family value is rumoured to be around $28 billion, as of October 2019, which actually implies that that Faiq’s family is richer than most club owners in Europe.

Faiq is 22-years-old and had previously played in England and signed for Leicester in 2016. He has now signed for Maritimo in the Primieria Liga, having never actually played for the Foxes.

On signing for the Funchal based side, the winger said, “This is the best place to continue my football career.”

The former Leicester player was born in Los Angeles but moved to England for his education and first signed as an academy player at Southampton in 2009.

He had stints at Arsenal and Chelsea before signing with Leicester four years ago and has so far made six appearances for the Brunei national team, scoring his first, and so far only, goal against Laos in 2016.

A Vanity Fair article in 2011 claimed the player’s father, whose full name is His Royal Highness Pengiran Digadong Sahibul Mal Pengiran Muda Jefri Bolkiah ibni Al-Marhum Sultan Haji Omar Ali Saifuddien Sa’adul Khairi Waddien, ‘has probably gone through more cash than any other human being on earth,’ and described him as a ‘notorious playboy.’

The same article says the 65-year-old celebrated his 50th birthday with celebrations that included a concert from Michael Jackson that cost him $17 million.

He also had a private concert by Whitney Houston in which he reportedly handed the singer a blank cheque and told her to pay herself what she thought it was worth and cost him $7 million.

Maritimo have only played one game so far this season, which they lost, they play Tondela next at home this weekend before facing Porto the following week.