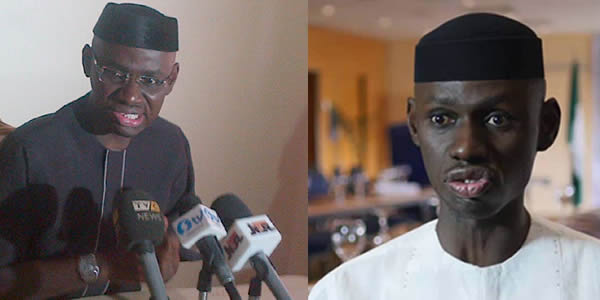 According to Vanguard, Timi made this allegation in a statement released yesterday. The former APC spokesperson said the government is also planning to freeze the accounts of some businessmen and women who are sympathetic to the opposition parties. He alleged that the Economic and Financial Crimes Commission (EFCC) will be used to raise different allegations against major opposition leaders and serving governors across the country in order to demoralised the opposition leaders and render them incapacitated financially.

According to Frank, the recent reported frozen of accounts of two PDP states (Benue and Akwa Ibom) formed part of the plot to ensure that states being controlled by the opposition parties are deprived from having resources to run government and blackmail them into joining the ruling party.

“Even though after serious pressures we gathered that EFCC had unfrozen the accounts they earlier illegally step down, we are in the known that they will soon start with private individuals but whatever game plan the ruling party might be plotting against the major opposition leaders and other private individuals, Nigerians will rise against it”.

While warning the government not to embark on any act of illegality in desperate move to win 2019 election, Frank said Nigerians and international communities are fully aware of all the happening in the country and will surely resist evil plot against the people.